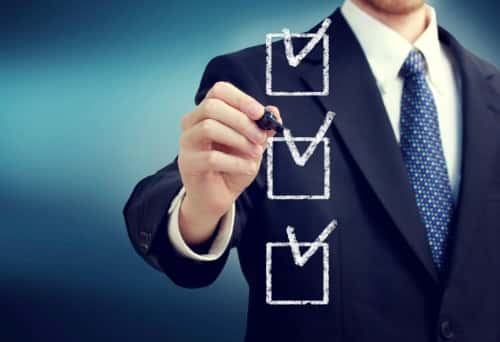 Gas and fire detection is a serious business. To ensure worker and public safety, it’s crucial that gas and fire detectors, controllers, and other related safety products operate as expected. One important way to ensure correct operation is for the detection systems to achieve the proper approvals and certifications. In addition, facilities within a number of industry segments require specifically approved and certified devices that meet national and international codes and regulations.

One such industry segment is the alternative fuel vehicle (AFV) industry. To save money and benefit the environment – and to meet more stringent environmental regulations – both public and private fleet owners are converting their traditional vehicles to alternative fuel vehicles. As a result, AFV facilities are becoming more widespread in metropolitan and suburban areas.

AFV maintenance facilities work with gases other than “traditional” petroleum fuels. These alternative fuels can be hazardous under certain conditions. To keep facilities and personnel working there safe, fleet managers and vehicle dealers must ensure that their facilities are instrumented with approved and certified fire and gas detection solutions that meet the current code and safety requirements for fueling, maintaining and repairing AFVs.

Gas Detection and Alarming Challenges
AFV facilities can face hazardous conditions due to the presence of a range of combustible and toxic gases that can affect facility work bays, paint shops, chassis washes, tire shops, dynamometer buildings and fueling areas.

Combustible gases that might be present include methane, propane and hydrogen; toxic gases include high concentrations of carbon monoxide (CO) or nitrogen dioxide (NO2). These gases can be released due to defects or leaks in the vehicles or storage/fueling equipment, as well as due to human error. Hazardous gases can build up in enclosed areas and become a risk to the safety of the personnel who work in the facility – or to the facility itself.

The alternative fuels most commonly used today are natural gas, hydrogen, and propane. In their natural states, these fuel types are odorless, colorless and tasteless.

Natural gas, which is lighter than air, consists primarily of methane and some other trace compounds. Natural gas can be found in two forms for transportation: compressed natural gas (CNG) and liquefied natural gas (LNG). CNG is compressed up to 5,000 PSIG at normal temperature. LNG is pure methane, stored at atmospheric pressure but refrigerated to minus 260 degrees F, which changes the gas to a liquid state.

Hydrogen also is lighter than air and will seek the highest point if released in an enclosed area. As a manufactured fuel, it is used primarily as the catalyst in fuel cells or as a motor fuel. However, there are not many hydrogen-powered vehicles in use today.

Propane, or liquefied petroleum gas (LPG), is heavier than air, so it will migrate to grade level and seek low spaces for collection. It is a good and prevalent transportation fuel, but because it is a manufactured fuel, it requires specialized storage vessels and handling techniques.

AFV facilities need gas and flame detectors able to detect all these gases, along with others that might be present in the facilities, such as high levels of carbon monoxide. The facilities also need controllers integrated with the detectors able to issue appropriate alarms or visual warnings – and to take automatic remediating actions, when necessary, such as turning on exhaust fans or opening doors.

Toxic gases have no mandated monitoring regulations in place, but they fall under the auspices of the Occupational Health and Safety Administration (OSHA). OSHA does not actively regulate toxic gases but can levy fines if AFV facilities release or mishandle toxic gases. For that reason, and for overall safety reasons, AFV facilities should monitor toxic as well as combustible gases.

UL 2017, a safety location approval, encompasses safety requirements for signaling devices intended for emergency or non-emergency use, used in indoor and/or outdoor locations, and where applicable, installed and used in accordance with the National Electric Code, NFPA 70.

UL 2075, a performance-based approval, encompasses the standards outlined in ANSI/ISA 12.13.01-2003 – Performance Requirements for Combustible Gas Detectors – and meets the requirements of International Fire Code (IFC) 2012, Section 2311.7, a code used by safety-conscious organizations for applications such as repairing facilities for lighter-than-air fueled vehicles.

Remember, too, that a local Authority Having Jurisdiction (AHJ), such as a fire marshal or municipal code enforcer, might have additional requirements beyond these codes, including codes adopted voluntarily by states and local municipalities. Consequently, it’s important to consult with all pertinent AHJs before undertaking facility modifications.

Conclusion
Important approvals and certifications such as UL 2017, UL 2075, and the NFPA and IFC specifications help AFV facilities conform to code regulations, which increases worker and plant safety. Facility managers must also realize that inspection and approval processes – by official facility inspectors, such as the AHJ – is greatly simplified when installed solutions carry these approvals.

Local authorities might not have yet interpreted and implemented specific codes for hazardous gas detection, but it’s likely that they will eventually. And even if they don’t, it’s better for AFV facilities to take the initiative and install proper gas detection equipment – both to stay ahead of the regulations and to act responsibly toward worker and public safety. Taking a little extra time to make sure that the gas and fire detection equipment installed will perform as needed, when it really counts, can make all the difference.

Corey makes some great points about the need to properly assess and address potential hazards when introducing alt fuels into existing maintenance facilities. However, the article notes that natural gas and propane IN THEIR NATURAL STATE (emphasis added) are odorless, colorless and tasteless. From that basis, he then proceeds to discuss fact that codes require appropriate detection systems for odorless gases and thus methane detection systems are required when working with natural gas; this is inaccurate. Natural gas and propane are odorized in nearly all applications where gas comes from the utility or supplier (99+% of all gas delivered to… Read more »