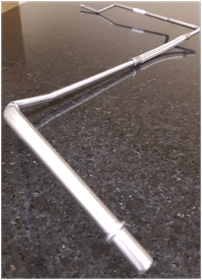 AFV Natural Gas Fuel Systems, an Ohio-based manufacturer of natural gas vehicle (NGV) fuel system components, has announced it now offers tubes and hoses that fit into the SAE J2044 connector for use in light-duty NGVs.

AFV says that although it has been a strong supplier of high-pressure NGV solutions since its founding in 2009, customers have asked the company for additional low-pressure solutions.

Is this a significant advancement in technical design? I hardly think so… Nice self promotion though!
Otto