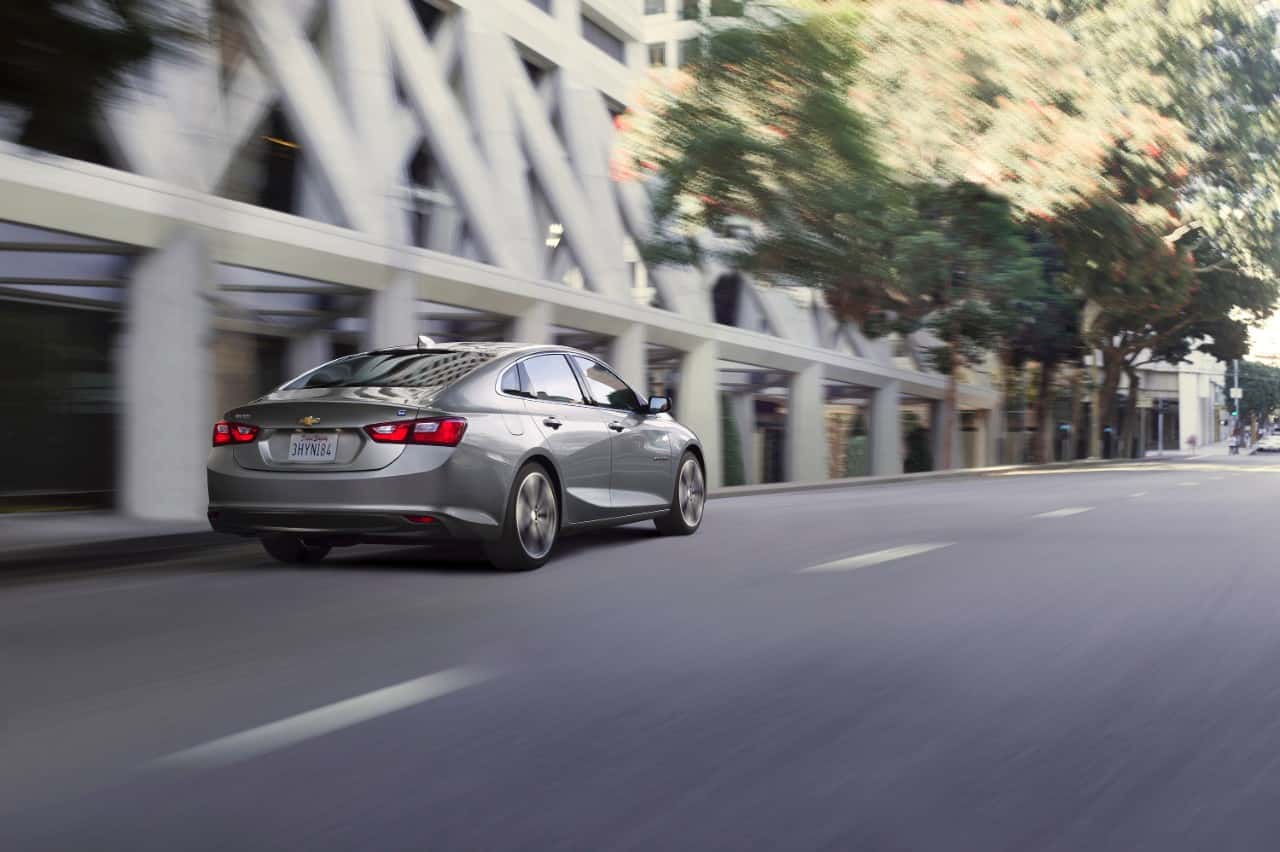 GM has revealed the 2016 Chevrolet Malibu Hybrid midsize sedan with a claimed fuel economy rating of 47 MPG city and 46 MPG highway for a 46 MPG combined rating. According to GM, this makes it the most efficient midsize sedan in America.

The 2016 Malibu Hybrid uses the same drive system components and software from the Chevrolet Volt plug-in hybrid to provide all-electric propulsion in some driving scenarios, along with power to assist the gas engine. The gas engine is a new, direct-injected 1.8-liter engine mated to a two-motor drive unit that provides additional power to assist the engine during acceleration for 182 horsepower of total system power.

The 2016 Malibu Hybrid starts at $28,645 (including destination charge) and is based on the LT trim. It is also nearly 300-pounds lighter than its predecessor for improved driving feel and greater fuel economy. The engine also features Chevrolet’s first application of exhaust gas heat recovery technology, which uses exhaust heat to warm the engine and cabin.

An 80-cell, 1.5 kWh lithium-ion battery pack provides electric power to the hybrid system and can power the Malibu Hybrid up to 53 MPH on electricity alone. The gasoline-powered engine automatically comes on at higher speeds and high loads to provide additional power.

In addition to the drive unit, the Malibu Hybrid also shares the 2016 Volt’s blended regenerative braking system, which provides maximum kinetic energy recovery during braking to be stored in the battery system to help maintain charge.