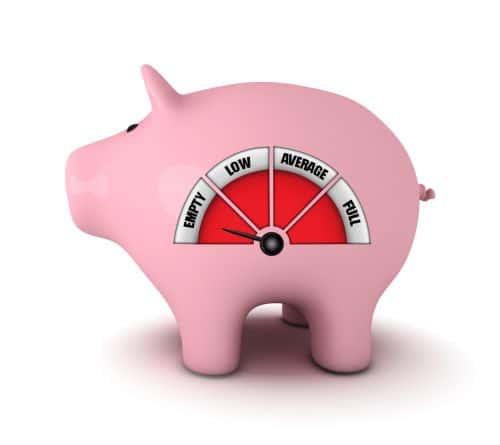 Fleet operators in the U.S. will ultimately save money if higher federal fuel-efficiency requirements for medium- and heavy-duty vehicles are put in place, according to a new report from the clean transportation organization CALSTART.

The Obama administration unveiled the Phase 2 proposal in June, and the new standards would apply to medium- and heavy-duty vehicles, tractors, trailers and engines manufactured in model-years 2021 to 2027. The EPA and NHTSA recently held its first public hearing on the proposal in Chicago.

CALSTART, a national organization whose members include 150 firms, fleets and agencies, says it commissioned the report to find out whether more aggressive fuel-economy standards would help or hurt fleet-based businesses' bottom lines. From big delivery companies, to shipping and moving companies, to regional businesses like dairies and food-supply companies, to local firms that rely on delivery and service vehicles, businesses depend on heavy-duty vehicles to get the job done.

“Our report, Higher Fuel Economy – Working for Fleets, makes a strong economic case for increased fuel economy,” says Bill Van Amburg, senior vice president of CALSTART. “Our business case modeling approach was developed with fleet owners and operators who are on the front line of this issue. And based on our survey, they believe that investing in more fuel-efficient trucks up front can be good for business in the long run.”

“Fleet managers support improved fuel efficiency in their vehicles, but they also have to account for any increased purchase costs, as well as be aware of any potential increase in maintenance costs,” adds Phillip E. Russo, CEO of the NAFA Fleet Management Association, which collaborated with CALSTART to gather feedback from fleets for the report. “By showing fleets that fuel-efficiency savings may exceed any additional up-front costs for efficient new vehicles, this report addresses head-on one of the primary concerns the industry has had about boosting fuel efficiency.”

CALSTART worked with NAFA member fleets to validate key metrics and develop models to show what higher gas mileage requirements would mean for companies' cashflow. The report finds that even when higher fuel-economy standards result in higher truck costs up front, fleet-based businesses will come out ahead in the long run because they will save even more money at the pump, according to CALSTART.

The report looked at increasing fuel economy by up to 40% over 1990 levels for medium- and heavy-duty trucks by 2025 – in most cases, a more ambitious target than the EPA and NHTSA are now discussing. CALSTART says the report found different payback periods for different classes of trucks, but viable business cases.

For example, long-distance big rigs can travel 125,000 miles a year. CALSTART says the study found switching to more fuel-efficient trucks could save up to $20,000 annually per truck, with a payback period for the extra investment in more fuel-efficient technology of as little as nine months.

Utility trucks, on the other hand, don't travel as far, but they spend a lot of time idling at work sites. The study found utility trucks could see fuel cost savings of up to $9,000 annually per truck and that some fuel-saving technologies – including plug-in hybrids and engine configurations that allow for “engine-off” mode while driving – could deliver payback within 3.5 years. The most common fleet trucks – gasoline pick-up trucks and cargo vans – could see fuel cost savings of $1,600 annually per vehicle, with a break-even point for extra money spent on a more-efficient vehicle of 1.3 years.

As part of the report, CALSTART surveyed fleets on higher fuel-economy standards for trucks, to see what the people who work where the rubber meets the road think. The survey found the following:

– 87% of fleet operators would support regulations that call for higher fuel economy;

– 86% said the up-front cost of a new vehicle is the biggest concern when making a purchasing decision; and

– 89% said they would be willing to pay a higher up-front cost as long as there will be cost savings over the life of the vehicle.

As a group, medium- and heavy-duty trucks – from the largest pickup trucks and vans to the largest 18-wheelers on the road – make up the transportation sector's second-largest contributor to greenhouse-gas emissions. CALSTART says improving gas mileage will decrease these emissions, which contribute to climate change.

“Truck and bus emissions are significant, but can be improved through innovation and technology,” states CALSTART President and CEO John Boesel. “This report reassures fleet owners and operators that higher fuel-economy standards can provide substantial benefits not just for the global climate and for air quality, but also for the bottom line.”