Home Up Front Which States Have the Highest Alt-Fuel Potential? 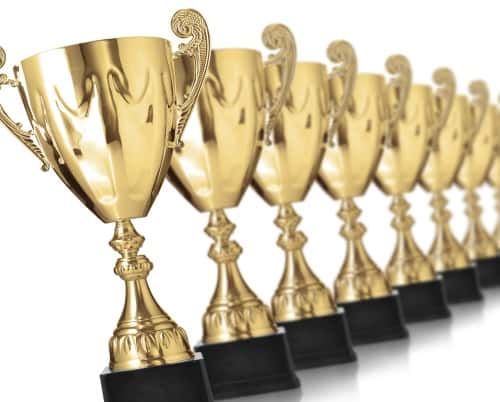 The National Renewable Energy Laboratory (NREL) recently released a study gauging the U.S.' most promising states for the deployment of alternative transportation fuels.

‘When deploying alternative fuels, it is paramount to match the right fuel with the right location, in accordance with local market conditions,’ says the report, which was funded by the U.S. Department of Energy's Clean Cities program.

NREL researchers studied each market's potential for the deployment of what they consider the five most commonly used alt-fuels, including compressed natural gas (CNG), propane, electricity, biodiesel and E85 ethanol.

However, the report says it does not cover liquefied natural gas because LNG is “strategically deployed by large fleets and not considered a promising fuel for non-fleet vehicles.” Hydrogen is also absent in the study because the authors say that fuel market is less developed than the others.

The study analyzes U.S. regions using the following six market indicators, listed in order of which was weighted from most to least:

Granted, the evaluation process gets more complicated than that – and a range of other indicators are not included for various reasons – but the authors say they worked with industry experts to make necessary adjustments for the best results.

So, how did the states rank for each alternative fuel?

“Many of these states are bolstered by the natural gas processing plants over the Marcellus shale play,” explains the report.

Interestingly, the report notes Oklahoma has concentrated, strong regions – “some of the most highly rated in the nation” – with lots of CNG vehicles and stations, but the study categorizes the entire state as weaker due to cheap gasoline.

And although Georgia and Missouri are ranked low, the report says Atlanta and Kansas City are “notable exceptions.”

The report also says that, of all the fuels studied, CNG has the biggest potential in the most states. That's “largely because freight traffic provides potential demand for many far-reaching corridor markets and because the sources of CNG are so widespread geographically.”

The authors admit their market evaluation for propane is the “least reliable” in the study, due to a lack of related vehicle density information. Nonetheless, the report says the propane market, though fragmented, is strong in states such as Illinois, Pennsylvania, West Virginia, Texas, Ohio, Connecticut, Indiana, California, Washington and Mississippi.

According the report, Hawaii, the West Coast and the Northeast represent the strongest electricity markets for plug-in electric vehicles. Other big markets include North Carolina, Florida, Arizona and Nevada.

As for biodiesel, the report says the Midwest, especially the Chicago area, is “primed.”

“This is where the majority of biodiesel production occurs, providing both reduced shipping costs and a pro-biodiesel population,” the report explains.

Other markets with high biodiesel potential include highways from Boston to Atlanta, as well as big-name cities such as Houston, Memphis, Denver and Phoenix. Conversely, the report says Idaho, Wyoming and Utah represent the weakest markets for biodiesel.

Conclusion
The report finds Illinois, Indiana, California, Washington and Pennsylvania are each strong markets for four of the studied alternative fuels, making the them the most promising for alt-fuels overall. Ohio, Connecticut, Rhode Island and New York are considered closely behind those market leaders.

On the other hand, the report says Wyoming and Idaho represent the weakest market potential for alternative fuels. Alabama, New Mexico and Maine are also considered weaker markets.

Nonetheless, the report points out that no states ranked weak for all five of the fuels studied, thus proving that every state has the potential to successfully deploy at least one alternative fuel.

The full report, titled ‘Geography of Existing and Potential Alternative Fuel Markets in the United States,” is available here. To see a complete chart of the state rankings, look for Table 3 in the report.