Home Up Front Wheels In Motion To Make Florida The Next Hotbed For Natural Gas... 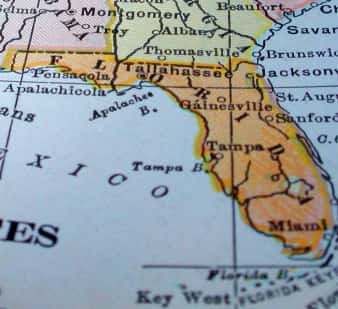 The FNGVC is coming onto the scene in response to many familiar factors. The fuel-cost differential between diesel/gasoline and compressed natural gas (CNG) or liquefied natural gas (LNG) is where it all starts, especially for fuel-hungry fleets. This key motivator dovetails with more universal goals, such as creating jobs and reducing greenhouse gas emissions.

The group – which has 15 companies, including Peoples Gas, Trillium CNG and Nopetro LLC, among its charter members – takes the position that spurring activity in Florida's NGV sector will fulfill all these needs. However, the state must have more CNG refueling infrastructure, and Florida-based fleets would benefit greatly from incentives that help cover the incremental cost associated with NGV purchases.

The central idea is that growth in either area – whether the number of NGVs or the number of CNG stations – kick-starts growth in the other. California and Texas have seen substantial increases in their NGV markets in recent years precisely because favorable policies have been put in place and, in turn, fleets have been motivated to make the switch to natural gas.

For its part, the FNGVC is trying to provide a similar nudge in Florida.

‘Our goal is to really start the conversation,’ Eric Criss, chairman of the coalition, said during a conference call Wednesday morning.

The group's preliminary work included the completion of a study that examined the potential economic effects of NGV incentives. The study, ‘Economic Impact of Incentives to Facilitate Compressed Natural Gas Vehicles in Florida,’ was prepared for the FNGVC by Orlando-based consultancy Fishkind & Associates Inc.

It is important to note that the study considers heavy-duty, return-to-base trucking fleets as the principal users of new CNG refueling infrastructure. Medium- and light-duty NGVs, of course, could fuel at these locations, and all of these sites could be expanded to accommodate long-haul trucking as the sector grows.

In a base-case scenario, the study finds that the development of 12 new CNG stations along the state's busy transportation routes – I-75, I-95, I-4, U.S. Route 27 and the Florida Turnpike -Â would serve more than 700 heavy-duty NGVs in local-haul and similar applications. An ‘aggressive’ scenario – one that accommodates 1,200 heavy-duty trucks – would require 20 CNG stations.

The analysis did not include existing CNG refueling sites, mainly because these stations are mostly private and were designed to handle primarily light-duty vehicles. The FNGVC notes that the new infrastructure build-out associated with either scenario would be able to handle hundreds of light-duty NGVs, in addition to all the heavy-duty units.

In terms of the trucks themselves, the study used a cost per vehicle of $152,000, representing an incremental cost of $63,600 over an equivalent diesel-powered unit. This figure was derived from a September 2010 report from the U.S. Department of Energy.

Nationally, activity in the natgas transportation sector over the last year has shown that government incentives are often not necessary for a fleet to justify converting vehicles to CNG. The fuel-cost savings realized through long-term contracts with station developers such as Clean Energy Fuels is sometimes all the incentive a fleet needs in order to green-light an infrastructure project of its own. Or, if CNG is already available where it is needed, many fleets have found quick returns on their NGV investments without subsidies.

However, state incentives can go a long way toward goosing the market forward. That is where the FNGVC comes into play, and Fishkind & Associates' analysis has recommended some key strategies.

For instance, a $0.05/gallon tax on CNG sold at the state's refueling sites could fund a cash-incentive program designed to help pay down NGV purchases or conversions. (By comparison, Florida's existing tax on diesel is $0.20/gallon.) Also, a corporate tax credit of $0.25/gallon of CNG or LNG would widen the fuel-cost gap between diesel/gasoline and natural gas, which could provide even more incentive for fleets to shift to NGVs.

The study additionally recommends that lawmakers consider a one-time tax credit covering 50% of the incremental cost of purchasing alternative-fuel vehicles (NGVs included), as well as a tax credit for up to 75% of the cost of building refueling infrastructure. A tax credit of up to $2,500 toward residential CNG refueling systems would be a separate piece.

Moreover, the study suggests that natural gas distribution companies and utilities should be able to generate revenues from all users of natural gas – not just NGV buyers – through a rate mechanism and use those funds specifically to build natural gas refueling infrastructure. The Florida Public Service Commission would need to approve such a measure.

Of course, recommendations are just that: recommendations. What matters is how the issues play out in the state legislature and in the governor's office.

Criss said the FNGVC is working closely with the Florida Natural Gas Association to outline the talking points and craft policy language for state legislators to consider when they begin committee work later this fall. The legislature is scheduled to convene again in March 2013.

‘Their ears are open. The feasibility of this seems more real when I talk to policymakers,’ Criss said, nothing that the reception in Tallahassee has been good, but no commitments have been made.