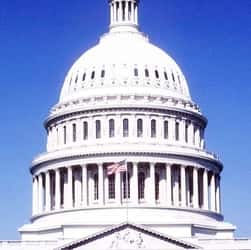 ‘In case you haven't heard, we had an election,’ quipped Richard Kolodziej, senior advisor at NGVAmerica, during the opening plenary session of last week's North American NGV Conference and Expo in Kansas City. He said the midterm election results, which handed control of Congress over to Republicans, represented a major change for politics in Washington and could greatly affect the natural gas vehicle industry. Furthermore, a panel of NGV sector leaders later offered their outlook for some key legislation.

Kolodziej kicked off an early part of the opening session titled ‘Below the Beltway – A Look at Post-Election Washington.’ It started with what seemed like a more-lighthearted version of CNN's old show ‘Crossfire,’ during which a liberal and conservative pundit would often debate a specified topic.

In this case, Peter Mirijanian, founder and principal at Peter Mirijanian Public Affairs, served as the liberal, and Scott Reed, chairman of Chesapeake Enterprises, as the conservative. Ultimately, the two speakers argued their ideological differences and presented a wrap-up of the recent drama on Capitol Hill. And although the two pundits didn't speak much about natural gas itself, they did suggest there will likely be less congressional gridlock during the lame-duck session and 2015.

Following the debate, Matthew Godlewski, NGVAmerica's newly appointed president, took the reins of the session and moderated a panel discussion on the post-election results and NGV-related legislation.

Panelist Richard Hyde, managing director of government affairs at AGL Resources, said he looks forward to seeing how both sides of Congress ‘play together in the sandbox’ in the future. James Bruce, vice president of corporate public affairs at UPS, added that since Republicans did so well in the election, the public will now likely have bigger expectations for them to get things done.

The panelists discussed remarks made earlier in the session by U.S. Rep. Sam Graves, R-Mo., who has long been an NGV supporter. In January, Graves and U.S. Rep. Lee Terry, R-Neb., introduced a bill to allow heavy-duty NGVs to exceed current federal weight limits for trucks on the Interstate Highway System in order to account for the added weight of natural gas tanks. During the opening session, Graves vowed to continue pursuing the issue and advocating natural gas.

‘I am sick of being an energy-rich nation acting like an energy-poor nation. It hurts the country and the economy,’ declared Graves. He later added that the future looks bright for natural gas.

Unfortunately, however, Graves' bill co-sponsor, Lee Terry, lost his re-election bid the other week. Godlewski referred to Terry as ‘one of our best advocates’ and asked the panel to mention some other pro-NGV representatives.

‘There are a lot of folks,’ said Hyde, who named Texas Republicans Kevin Brady and Peter Olson, as well as New York's Tom Reed, another Republican. Nonetheless, Kerkhoven noted that support from the Senate side ‘looks a bit clearer’ than from the House.

Other talking points included the so-called tax extenders bill and the ‘LNG fix.’

The stalled tax extenders bill covers over 50 incentives that expired at the end of 2013, including a $0.50/GGE credit on the sale of natural gas for vehicles and a 30% credit for the installation of NGV refueling infrastructure. Now that the elections are over, the bill is expected to be voted on by year-end. Volvo's Alt voiced confidence that the measure would pass through Congress.

Nonetheless, Hyde called for longer-term solutions. ‘The problem with extensions is it's hard to build a business model,’ he said. He looked out at the crowd. ‘I'm pretty sure you aren't looking at one-year business models – you're looking further than that.’

The panelists said the NGV industry should also keep pushing their legislators for equitable taxation of liquefied natural gas. Currently, the federal excise tax on both LNG and diesel fuel is $0.243 per gallon, but because LNG has less energy per gallon than does diesel, the NGV industry argues that LNG should be taxed based on energy content rather than on volume. Otherwise, the inequity increases the costs of LNG and may hinder the fuel's adoption.

Because there are numerous NGV-related policies to keep an eye on going forward, the panelists urged session attendees to call their representatives and make their voices heard.

‘We need to educate,’ Alt said. She later added, ‘Anyone who lies in a state with good natural gas production wants to get re-elected. So let them know where you stand.’

At the end of the session, Kolodziej walked up to a microphone and chimed in. ‘If you don't have a Washington presence, call Paul,’ he said, referring to Kerkhoven. ‘NGVAmerica is there to make it easier to speak to your representatives.’