Home Up Front What The New Year Will Bring For The U.S. Ethanol Industry 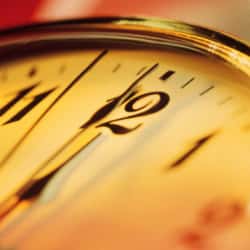 As the year ends, so too do some incentives for the U.S. ethanol industry. The adjournment of Congress for the holidays marks the government's failure to extend annual subsidies that rounded out to about $6 billion for the fuel, as well as highlights the lifting of a long-standing ethanol import tariff.

According to a report from MSNBC.com, the $0.46/gallon federal tax credit for U.S. ethanol companies will officially expire on Jan. 1. The industry, however, seems to be fine with its loss, MSNBC says, as both exports and imports of the fuel substance have topped to record highs this year.

The Renewable Fuels Association (RFA), in a recent statement, noted the ethanol industry's amiable goodbye to the tax credit.

“The domestic ethanol industry has evolved, policy has progressed and the market has changed, making now the right time for the incentive to expire,” the RFA wrote. “Ethanol producers never intended for the tax incentive to be permanent. Like all incentives, it was put in place to help build an industry, and when successful, it should sunset.”

These policy changes represent a transition not only for the U.S. ethanol industry, but also for those outside the country's shores with an eye on getting their product into our vehicles and on the road.

The Brazilian Sugarcane Industry Association (UNICA), for example, released several statements celebrating Brazil's new opportunity. Sugarcane, an abundant resource in the South American country, can be used to produce ethanol, and the association is making its case over corn now that the $0.54/gallon import tariff will be lifted.

‘The raw materials used in ethanol production should be evaluated strictly on the quality and sustainability of the ethanol they provide, not with political or protectionist criteria favoring country-specific feedstocks without regard for efficiency,” said UNICA President Marcos Jank.

“The U.S. Environmental Protection Agency designates sugarcane ethanol as an advanced renewable fuel because it reduces greenhouse gas emissions by more than 50 percent compared to gasoline,” the association added. “With the import tax gone, this sweeter alternative can now be a larger part of the solution for diversifying U.S. energy supplies and improving America's energy security.”

Nonetheless, the U.S. had its fair share of success in the 2011 global ethanol market and seems confident with its standing. According to the RFA, the country exported approximately 1 billion gallons – which were, the association notes, not blended with gasoline or eligible for the tax incentive – throughout the year.

With the tariff gone, the gloves for further competition will likely come off. Congress' inaction to extend both the tax incentive and the tariff will undoubtedly change the ethanol production landscape. However, to what extent and to whose benefit – the U.S., importers or the American consumer – is news for another year.