Home Up Front What Does CA’s New Emissions Target Have in Store for the Transportation... 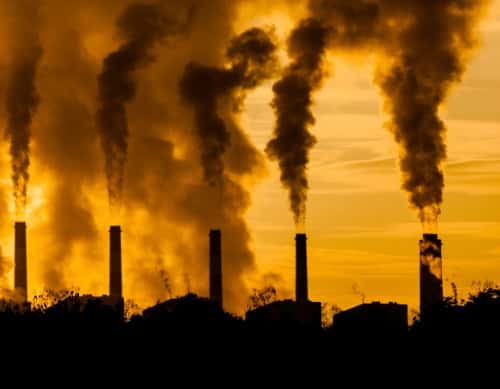 California Gov. Jerry Brown made headlines nationwide this week after establishing a new and ambitious goal to cut the state's greenhouse-gas (GHG) emissions, but how might the directive affect the California clean transportation industry?

According to Brown and plan proponents, the 40% by 2030 goal represents “the most aggressive benchmark enacted by any government in North America to reduce dangerous carbon emissions over the next decade and a half.”

California may be a proclaimed leader on this continent, but it is not alone in pushing forward with such stringent emissions cuts; for example, the governor notes that the European Union last year established the same 2030 target. Furthermore, in advance of the upcoming United Nations Climate Change Conference, other governments around the world have announced pledges to cut their own emissions.

In a statement, Brown says, ‘With this order, California sets a very high bar for itself and other states and nations, but it's one that must be reached – for this generation and generations to come.”

Although California is expected to meet or exceed its current 2020 target, Brown says this new 2030 goal is necessary to ensure the state can meet its larger 2050 target.

He offers an analogy:Â “It's kind of like, where do you want to be in life between the time you're born and, say, 50 years old? You want to have goals, such as getting out of college with good grades, and that's what the state is doing – establishing an interim target so that we're not just aiming toward something way out in the future.”

Boesel also acknowledges that the new 2030 target is, indeed, aggressive. According to him, “It will require the state to almost double its efforts, in terms of reducing emissions from the grid, transportation and other sources.”

However, Brown's executive order doesn't outline specific ways to reach this new goal; rather, it basically directs state agencies to come up with plans on how each entity could help California meet the 2030 target. Leading the effort will be the California Air Resources Board (ARB), the agency that oversees the state's air pollution control work.

“I think that is the right way to do it,” states Boesel. “The California ARB is a very qualified, sophisticated state agency, and through public hearings and getting the input of a wide array of stakeholders, they can put together a solid plan.”

ARB seems ready to get to work, and it has even released its own FAQ sheet about the new executive order.

In a statement, ARB Chairman Mary D. Nichols says, “With this bold action by the governor, California extends its leadership role and joins the community of states and nations that are committed to slash carbon pollution through 2030 and beyond.

The road to 2030
Brown's executive order may not offer many specifics, but it does follow his inaugural speech from earlier this year, during which he laid out some goals to cut carbon emissions in the state by 2030. That included increasing the state's renewable energy usage to 50%, doubling the efficiency of existing buildings, and slashing California's petroleum use in cars and trucks in half over the next 15 years.

According to both Boesel and the ARB FAQ sheet, those existing goals align well with the new executive order. In his latest announcement, Brown also says the order “sets the stage for the important work being done on climate change by the legislature.”

In fact, a bill that aims to legally solidify Brown's vision revealed during his inaugural speech, including halving on-road petroleum use, is currently making its way through the state Senate. S.B.350, called the Clean Energy and Pollution Reduction Act of 2015, was introduced back in February.

On Wednesday, the same day Brown announced his executive order, the California Senate Environmental Quality Committee approved S.B.350 by a 5-2 vote. The bill now goes to the Senate Appropriations Committee for fiscal review.

“[The] executive order from Governor Brown sets new carbon reduction goals that exemplify California's global leadership on climate change,” says de Leon, in a statement. “As with our state's landmark cap-and-trade system, the legislature will now create the framework to reach these goals.”

“Transportation has to be addressed and has to be the No. 1 priority for the state,” he says. “If California can't tackle the transportation challenge, it won't win the war against climate change.”

Boesel says he expects the executive order will bring about further tightening of California's vehicle standards, as well as more state incentives and other public funding for the development and deployment of low-carbon vehicles and fuels.

Personally, he hopes the order will mean more money from California's cap-and-trade program will be allocated to help fund the low-carbon transportation sector.

Furthermore, now that California has a new 2030 emissions target, Boesel expects ARB will eventually update and increase the state's Low-Carbon Fuel Standard. Established in 2007, the current standard calls for the carbon intensity of all transportation fuels in the state to be decreased by at least 10% by 2020.

As it turns out, it appears Boesel is right: California plans to beef up its support of the clean transportation industry.

In its FAQ sheet, ARB says the new 2030 emissions goal is achievable and suggests transportation initiatives will help.

“We already have a “running start' with successful policies in place that are delivering significant reductions as a result of cleaner and more fuel-efficient cars, zero-emission vehicles, cleaner low-carbon fuels, more renewable energy and ongoing efforts to improve the energy efficiency of our homes and businesses,” writes ARB.

“We will need to continue those efforts, and accelerate them, including a focus on zero- and near-zero technologies for moving freight, continued investment in renewables including solar roofs and distributed generation, greater use of low-carbon fuels including electricity and hydrogen, stronger efforts to reduce emissions of short-lived climate pollutants (methane, black carbon and fluorinated gases), and further efforts to create livable, walkable communities and expansion of mass transit and other alternatives to traveling by car,” the agency continues.

ARB says it will continue working with other state agencies and plans to kick off a public-comment process this summer. The agency also says it will ultimately provide a framework for how California can meet the new 2030 goal next year.