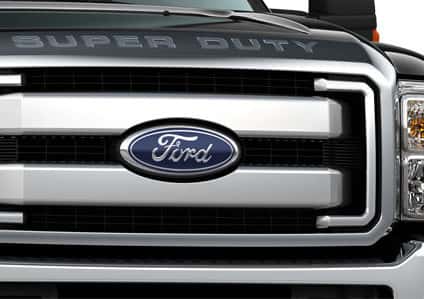 The WiNG system, which is already available on Ford F-250s and F-350s, is integrated on the F-450 and F-550 chassis with the 6.8-liter V10 engine at the Westport Kentucky Integration Center. As a Ford Motor Co. Qualified Vehicle Modifier (QVM), fleet customers order the trucks at authorized Ford dealerships, and they are delivered ‘key-READY’ with a warranty identical to the standard OEM offering.

‘With a higher degree of application flexibility and increased gross vehicle weight, the Ford F-450 and F-550 Super Duty trucks allow us to grow a solid footprint with customers who were not serviced with the Ford F-250 and F-350 CNG bi-fuel trucks,’ says John Lapetz, vice president of Westport LD and managing director of North American vehicle programs.

For fleet customers that require the trucks to be specially equipped for various job-site environments, commercial vehicle bodies can be used with the Westport WiNG system.

‘In partnership with service body companies based in Louisville, Ky., Westport will integrate the Westport WiNG Power System on the Ford F-450 and F-550 trucks with second unit bodies,’ explains John Howell, Westport's senior director of marketing. ‘Many standard configurations exist for bodies with a minimum of 84CA used in combination with a tank pack, and custom bi-fuel configurations can be engineered for virtually any second-unit body with a minimum order of 10 units.’

The formal debut of these trucks will be during the NTEA Work Truck Show next week in Indianapolis.