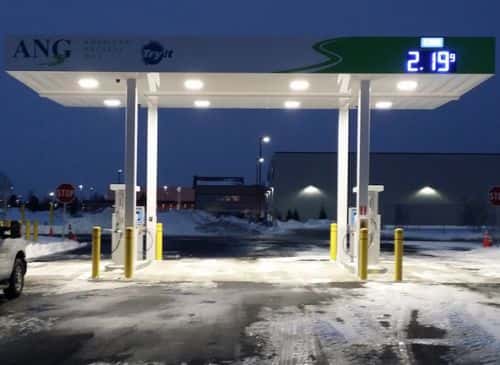 The company, which focuses mainly on beer distribution, partnered with American Natural Gas (ANG) to build the CNG facility, which drew from $1 million in funding from NYSERDA. The public-access refueling site is located in front of Try-It's headquarters building at 4155 Walden Ave. in Lancaster, N.Y.

The retail price of CNG at the station is $2.19/GGE. American Natural Gas owns and operates the facility.

‘It is great to see that Try-It is able to adopt CNG technology that will reduce the cost to fuel their fleet while being friendlier to the environment,’ commented New York Assemblyman Dennis Gabryszak.