Home Up Front Waste To CNG: From The Garbage To The Tank 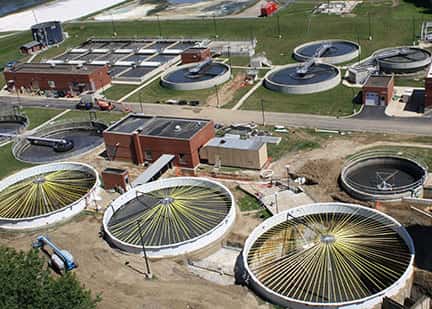 Anaerobic digestion and renewable natural gas (RNG), long a popular solution in Europe, has become an increasingly attractive alternative method of supplying natural gas to hungry U.S. markets. Ohio is a major player in this burgeoning RNG industry, wringing natural gas and compressed natural gas (CNG) that can be used for transportation from farm, wastewater and food wastes.

‘There are three primary issues affecting our quality of life today: food, water and energy,’ says Mel Kurtz, president of Cleveland-based quasar energy group. ‘We can do something about energy right now. Our company can make the equivalent of 25,000 gallons of fuel a day from waste materials – today.’

‘Businesses and families today are concerned about their transportation costs,’ Kurtz says. ‘Having the option of using CNG as their fuel gives them control over their quality of life. We have that capability now.’

Established in 2006, quasar relocated its engineering and laboratory offices in 2008 to the Ohio State University's Agricultural Research and Development Center (OARDC) campus in Wooster to collaborate with the largest university ag-bioscience research center in the nation. Together, quasar and OARDC established a farm digester on the site, before beginning construction of industrial digesters around the state. Today, quasar's new industrial digesters use components primarily sourced from U.S. suppliers, with 76% of components coming from Ohio-based companies.

The original product produced from the quasar industrial digesters was renewable electricity. ‘We faced some restrictive regulations in providing our own renewable electricity,’ Kurtz says. ‘Clean Fuels Ohio grant funding allowed us the opportunity to use this cleaned biogas as an alternative motor vehicle fuel. We built a CNG fueling station in Zanesville and introduced this technology to the nearby Appalachian region. At the same time, local universities like Zane State College have taken an interest in offering CNG station maintenance and vehicle conversion courses.’

The company faced another challenge in promoting conversion of vehicles to CNG. Because conversion kits were not yet available for most vehicles, the company worked with collaborators across the state to design, install and test vehicle conversions. At the same time, EPA emissions testing was not readily available for CNG vehicles. The process focused on approving the conversion kit, and not testing actual emissions.

‘These restrictions have made compliance a much more complex process, which inherently inhibits the growth of this industry,’ Kurtz says.

‘These are things that would otherwise be incinerated, and we are making fuel instead,’ he says.

‘We are saving $11,000 in fuel costs each month by converting to CNG. It's less expensive, clean burning, better for the environment and available in Ohio. Looking back, it wasn't a difficult decision,’ Kurtz says.

Kurtz explains that businesses must look at how much fuel they use, how do they use it, and how can they bring CNG vehicles into their business (either new or converted vehicles). The next consideration is whether to build an on-site CNG facility or use a public facility.

Sam Spofforth (sam@cleanfuelsohio.org) is executive director of Clean Fuels Ohio, a member organization of the U.S. DOE's Clean Cities. Videos about the quasar RNG initiative can be found here and here.