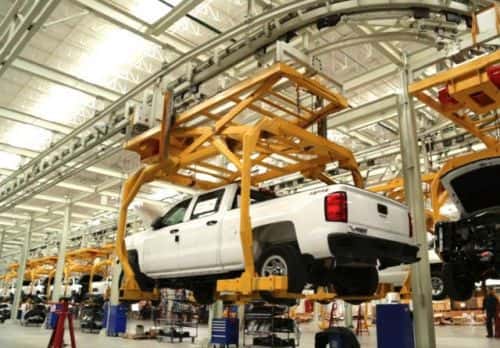 The electrified Chevy Silverado will be built in VIA's new high-volume production facility located near the GM Silao plant in Mexico. VIA says its facility will be capable of producing up to 10,000 vehicles per year.

‘VIA has invested five years in the development of our proprietary electric drive technology and the establishment of a solid fleet market base,” says VIA CEO Pablo Acedo. “We are proud to now begin commercial production and plan for a rapid ramp-up to initially fill the present and growing demand by fleet customers.”

Photo caption: Conventional Chevy Silverados are being transformed into electric pickup trucks at VIA Motors' assembly plant in Mexico. Photo courtesy of VIA Motors.