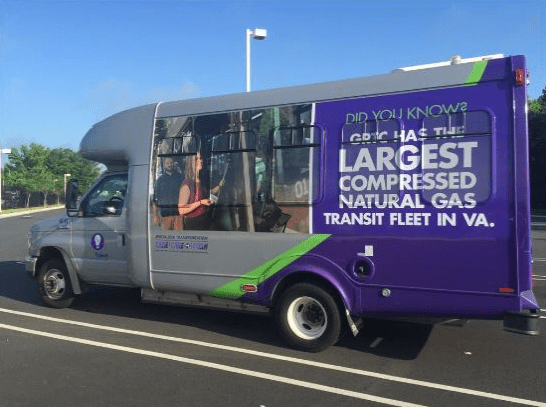 As part of its “Did You Know?” educational advertising campaign, the Greater Richmond Transit Co. (GRTC) has wrapped its compressed natural gas (CNG) buses, along with others in its fleet, with messages highlighting key facts about its use of CNG and how the transit agency is impacting the community.

GRTC says there are a total of nine messages, and among them are the following:

According to the transit agency, GRTC is committed to transitioning retiring vehicles to new CNG-powered buses and vans, an initiative that earned GRTC the 2015 Governor’s Green Fleet of the Year Award.