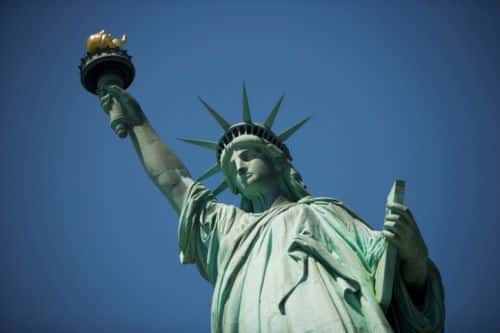 With little fanfare, the U.S. reached the 20,000 mark for the number of alternative fueling stations operating throughout the nation back in May, according to data from the U.S. Department of Energy (DOE). The agency soon after posted a blog dubbing the benchmark a ‘major milestone,’ and the network of alt-fuel infrastructure has only continued to grow ever since.

In fact, the latest DOE data at press time shows there are about 21,300 fueling stations in the country offering electricity, propane autogas, compressed natural gas (CNG), liquefied natural gas (LNG), hydrogen, biodiesel (B20 and above) or E85 (up to 85% ethanol). That total includes around 17,500 public stations and almost 3,800 private ones.

The figures come from the Alternative Fueling Station Locator tool on the Alternative Fuels Data Center website, a resource of the DOE's Clean Cities program. The tool allows users to search for alt-fuel stations by location, fuel type, and even the facilities' accepted forms of payment, among other criteria.

As to why the DOE would create such a tool, Dennis Smith, national director of Clean Cities, tells NGT News, “The Alternative Fuels Data Center's goal is to provide information that helps drivers and fleet managers choose the alternative fuel or petroleum-reduction solution that meets their needs.”

In other words, any company or consumer mulling a switch to CNG, for example, might want to reconsider that particular fuel if there are no public CNG stations nearby. Of course, fleet managers could also weigh the option of developing their own on-site station or use the tool to find another company's private fueling spot and see if they can reach a deal.

“Many private stations are owned and operated by fleets, such as refuse or utility fleets,” notes Smith. “Clean Cities encourages fleets that would like to adopt alternative fuels but not build infrastructure to contact private station owners to see if they can develop an arrangement that would benefit both parties.”

Another perk of the Station Locator, Smith says, is that it could allow drivers of dedicated alt-fuel vehicles to plot out fueling sites along trips and help reduce range anxiety.

In order to keep the Station Locator's data accurate and up to date, the DOE team contacts existing stations in the database at least once a year to ensure the facilities are still online and offering the specified alternative fuel.

“New stations are added as users, Clean Cities coordinators, trade association partners, fuel providers and other stakeholders submit them, and we check them for accuracy,” explains Smith.

The DOE team also has agreements with several big-name electric vehicle (EV) charging station companies under which the firms import network information directly into the government database on a daily basis.

Nonetheless, Smith acknowledges that some figures on the Station Locator website might not always add up to those found elsewhere.

“Differences in methodologies, data confirmation and inclusion criteria may result in slight variations between the Station Locator database and those maintained by other organizations,” he says. “In particular, electric vehicle charging stations must meet specific criteria for accessibility and safety that some other websites do not require.”

According to the database, EV and propane stations appear to lead the pack in the country, and Smith offers an explanation as to why that might be.

“Both plug-in electric and propane vehicles are becoming increasingly popular,” he says. “Plug-in electric vehicle sales for consumers have passed more than 300,000 since they were introduced in 2010, and an increasing number of fleets are using propane. The growth of these stations is most likely in response to a need from these drivers. In addition, both propane and EV stations are less expensive to purchase and install than those for many other fuels.”

Although there are lower station numbers for other alternative fuels, Smith says that disparity doesn't necessarily signify anything bad about those particular fuels or their related technologies. There are several factors to consider.

For example, Smith says, “While there are fewer LNG and CNG stations than other fuels, they tend to dispense the most fuel per station because they serve heavy-duty vehicles that drive long distances.”

As a matter of fact, “Natural gas accounted for 65 percent of the petroleum displacement for Clean Cities in 2013.”

So, the big questions: What was the significance of the 20,000 milestone? What does it signify for the viability of alternative fuel vehicles in the country?

“This milestone is a major step forward, contributing to our nation's environmental, economic and energy security,” he continues. “These stations will help the DOE's Clean Cities program that works to reduce the use of petroleum in transportation meet its goal to avoid the use of 2.5 billion gasoline gallon equivalents a year by 2020.”

Considering gasoline stations are located on just about every other block in some regions of the country, could alternative fuels eventually take up a much larger chunk of the transportation fuels sector?

According to the American Petroleum Institute website, there were about 153,000 service stations across the U.S. selling gasoline as of the end of February 2014.

“It is likely that alternative fueling stations will not need to reach these numbers to achieve widespread use,” says Smith. “Many fleets that use or could use alternative fuel vehicles fill up at their own facilities and do not rely heavily on public fueling infrastructure. Plug-in electric vehicle drivers do more than 80 percent of charging at home or work.”

“Because alternative fuel vehicles do not necessarily fit into the same driving or fueling patterns as conventional vehicles, their infrastructure can fit those needs rather than exactly matching locations of existing gasoline stations,” he adds.

Looking ahead, Smith notes some drivers for – and roadblocks to – continued growth of the alt-fuel sector.

“Drivers include lower fuel costs, less volatile fuel prices, increased energy security, reduced emissions, and for many (such as EV drivers who can charge at home), convenience,” he says. “Barriers include higher up-front costs for vehicles, local policies that make permitting infrastructure difficult, and a lack of experience with these vehicles.”

“One major barrier,” he emphasizes, “is a lack of awareness and knowledge of the benefits of alternative fuel vehicles and differences compared to conventional ones.”

Clean Cities hopes to help. Smith says that by providing interactive tools through the Alternative Fuels Data Center, such as the Station Locator, Clean Cities is working to help drivers and fleet managers find which solutions will work best for them.