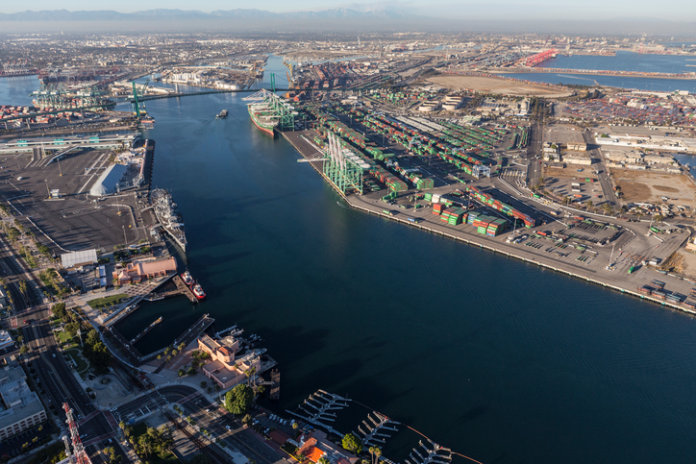 The truck, which will be operated by Total Transportation Solutions Inc. (TTSI), is one of two demonstration tractors scheduled for delivery at the Ports of Los Angeles and Long Beach.

“TTSI is excited to lead the demonstration of zero-emission fuel cell technology for port drayage in the San Pedro Ports,” says Vic LaRosa, CEO and president of TTSI.

The fuel cell tractor, a Navistar International ProStar day cab, features US Hybrid’s FCe80, 80 kW PEM fuel cell engine and a 500 hp traction motor with 2,900 foot pounds of direct drive torque (3,750 Nm). It has a gross vehicle weight rating of 80,000 pounds, an estimated driving range of 200 miles under normal drayage operation, and can be fully refueled in less than nine minutes.

The compact and high-efficiency FCe80 and FCe40 units have been designed to be integrated, controlled and serviced just like a conventional engine with J1939 diagnostics and easy access to critical components to minimize service time. The FC engines are utilizing US Hybrid’s advanced freeze capable technology, which enables start at temperatures as low as -30 degrees Celsius without a cold climate option package.

“Dewei is committed to the successful development of fuel cell technology for commercial buses and trucks, as evidenced by our $42.8 million investment in Chinese fuel cell production and establishment of a $428 million industrial fund,” says Zhou Jianming, Dewei Chairman. “This new partnership with US Hybrid will enable US FuelCell to meet market demand cost-competitively in China, North America and Europe.”

“Our joint venture with Dewei will dramatically increase the availability of PEM fuel cell engines for commercial vehicles globally,” comments US Hybrid president and CEO, Abas Goodarzi, a 35-year veteran of the electric, hybrid and fuel cell industries. “Given that heavy-duty engines are the leading source of smog-forming emissions in many metropolitan areas throughout the world, we are thrilled to provide an economically viable zero-tailpipe-emission solution to help cities achieve their air quality improvement and climate change mitigation goals.”