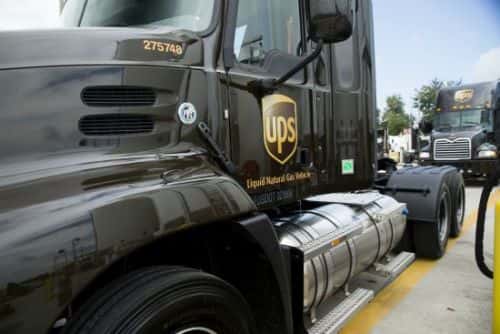 UPS has a goal of driving 1 billion miles in its alternative fuel and advanced technology fleet by the end of 2017, and if the company's annual Sustainability Report and a slew of recent announcements are any indication, UPS has picked up the pace and is well on its way toward meeting that target. 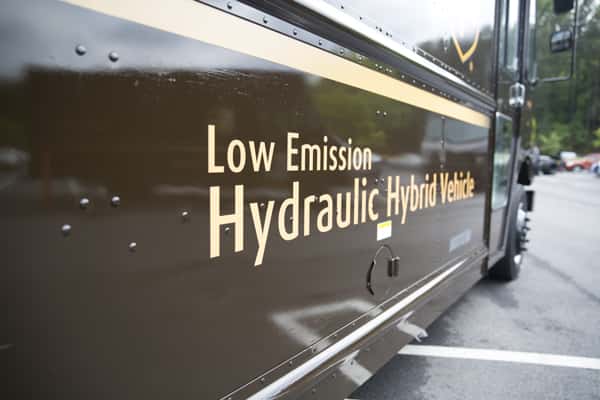 UPS notes that it works closely with its customers, government leaders and other stakeholders to develop new delivery methods to reach dense urban areas. For example, the company has 28 electric trucks operating in London and expects to add another 40 within the next few years to reach its goal of having an all-electric fleet in London's city center. UPS also operates 80 electric vehicles in cities across Europe, including Amsterdam, Rotterdam and Hamburg.

UPS reports that 5.4% – or 25 million gallons – of its total gasoline and diesel purchased in 2014 was displaced with alternative fuels, including electricity. The company says its commitment to a cleaner fleet will allow UPS to reduce its annual use of traditional fuels 12% by the end of 2017.

All told, the report says UPS logged 154 million miles in 2014 toward its goal of driving 1 billion miles globally with its clean fleet by the end of 2017 – an almost threefold increase from 2013. The specialized fleet has now surpassed 500 million miles since 2000.

“It took 13 years to drive the first 350 million miles with our alternative fuel and advanced technology fleet,” explains Rhonda Clark, UPS chief sustainability officer and vice president of environmental affairs, in a press release. “In just one year, we were able to build dramatically on that number, and we are now more than halfway to our 2017 goal. With continued investments in this fleet, we are doing our part to help transform the transportation industry.”

David Abney, CEO of UPS, goes even further and says in the report that he is “confident” the company will reach its goal of 1 billion miles.

UPS has been using renewable fuels for more than a year in trucks operating in Texas and Louisiana. The company says the new agreements with suppliers Neste, Renewable Energy Group and Solazyme pave the way for expanded use across the U.S. and, potentially, in parts of Europe.

“Advanced alternative fuels like renewable diesel are an important part of our strategy to reduce the carbon emissions impact of our fleet,” says Mark Wallace, UPS senior vice president of global engineering and sustainability, in a press release.

“We have used more than 3 million gallons of renewable diesel to date with positive results. Renewable diesel has a huge impact, significantly reducing lifecycle greenhouse gas emissions by up to 90 percent less versus conventional petroleum diesel,” continues Wallace. “Renewable diesel also performs well in cold weather, does not have any blending limitations and can be easily “dropped in' to our fuel supply chain without modifications to our existing diesel trucks and equipment.”

As part of its pledge, UPS plans to cut its greenhouse-gas emissions by 20% by 2020 versus a 2007 baseline. Unsurprsingly, the company suggests its ongoing investment in alternative fuel will help UPS reach that goal.