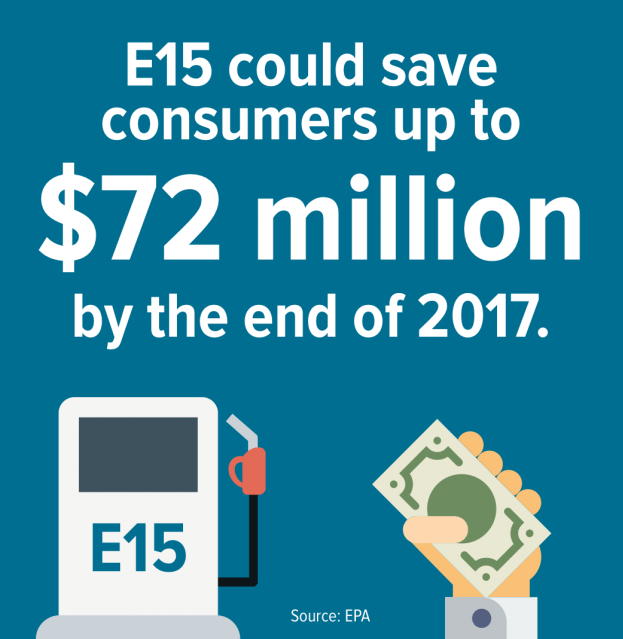 U.S. drivers have logged more than 1 billion miles on E15, a fuel containing 15% ethanol and 85% gasoline, according to Growth Energy’s ongoing analysis of fuel sales and consumption data reported by major gasoline retailers.

Currently, E15 is sold at more than 800 retail locations in 29 states, and its availability is growing.

Growth Energy cites Environmental Protection Agency (EPA) data, stating that the availability of E15 could save consumers up to $72 million by the end of 2017.

“This common-sense fix to the Reid Vapor Pressure law will end confusing restrictions on retailers and allow consumers to choose a fuel that is kinder to the earth, good for their engines, and saves them up to 10 cents per gallon each trip to the pump in the summer,” she explains.

The EPA approves E15 for use in any vehicle manufactured since 2001, which equates to 9 out of 10 cars on the road today. Automakers also approve E15 for use in nearly three-quarters of new cars.