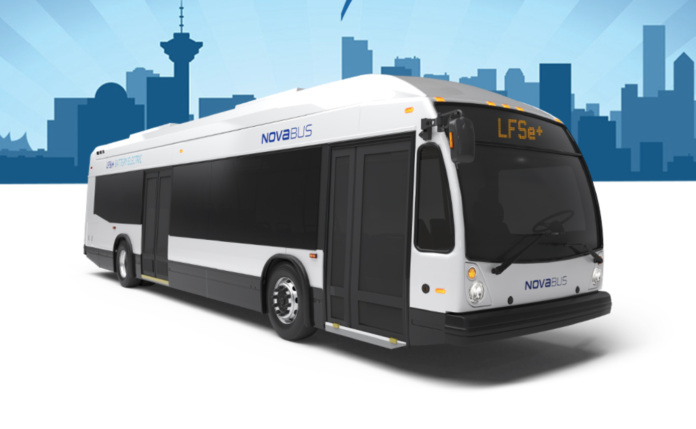 TransLink, Metro Vancouver’s transportation network, has awarded a contract to Nova Bus to provide 15 more battery-electric buses to its fleet. The order will more than quadruple TransLink’s current battery-electric bus fleet – increasing the total from four to 19.

More than half of TransLink’s fleet uses clean technology, including compressed natural gas, hybrid diesel-electric and fully electric vehicles. Each bus is expected to save $40,000 in fuel costs per year compared to a conventional diesel bus. The buses can be charged in approximately five minutes at charging stations while picking up passengers.

“Zero-emission battery-electric buses are the future of the transit industry and this order more than quadruples our existing battery-electric bus fleet, bringing us one step closer to achieving our aggressive climate targets,” says Kevin Desmond, CEO of TransLink. “TransLink already has one of the biggest electric trolleybus networks in North America, with 262 trolleybuses in service, and a SkyTrain network operating entirely on electricity. It’s exciting to be able to build on our success and move into a more sustainable era for public transit in Metro Vancouver.”

This acquisition is a major step towards achieving TransLink’s approach to its Low Carbon Fleet Strategy, which includes:

The 15 new battery-electric buses are expected to arrive and begin rolling into service on Route 100 in 2022. The $16 million contract is funded through the Federal Gas Tax Fund, with funding allotted through the Metro Vancouver Gas Tax Fund. To pursue the further electrification of Metro Vancouver’s bus fleet in the coming years, TransLink has applied for funding from senior levels of government for 57 more battery-electric buses and for the supporting charging station infrastructure.