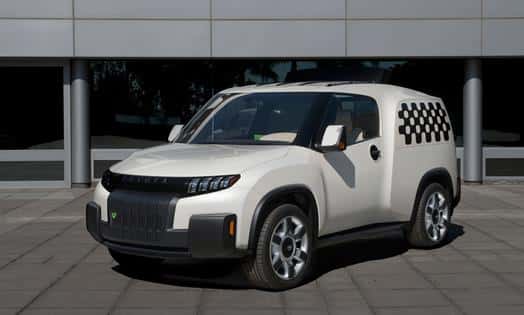 Designed as a vehicle offering the most versatility in an urban environment, the Toyota U2 (pronounced “U-Squared”) Utility Concept will make its first auto show appearance at the Canadian International Auto Show. From there, it will go on to the Chicago Auto Show, teasing the idea that this versatile concept could become a production reality.

The U2 Concept is loaded with useful features, such as a configurable utility rail system that can hold bikes or baskets, a folding/removable front seat and a rear seat that can be stowed away completely for maximum cargo space. A retractable roof allows for taller loads, and the rear tailgate can even be transformed into a ramp.

Although none of these features are groundbreaking, employing them in a vehicle the size of a standard compact car could make the U2 Concept appealing for those working in an urban setting. Toyota makes no mention of powertrain, but it’s not too hard to imagine a hybrid powertrain, or at the very least, an efficient gas motor, under the hood.

The Toyota U2 Utility Concept actually debuted back at the end of 2014, but its reappearance on the car show circuit may be an indication that the automaker is shopping the idea around to the general public. A positive response may even lead to a production model, giving Toyota a product that can compete in the light-duty commercial vehicle market.