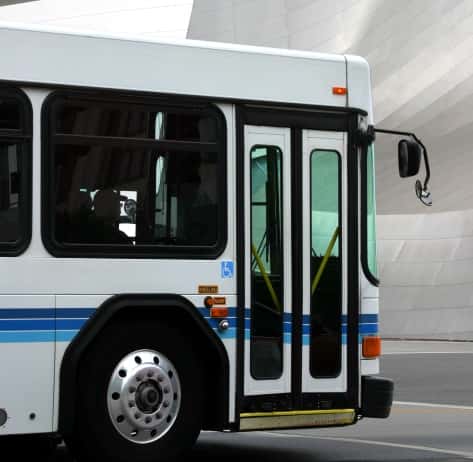 The Federal Transit Administration (FTA) announced this week that it is putting more than $13 million to work across 11 projects as a part of the National Fuel Cell Bus Program (NFCBP). The Obama administration has stated that the goal of the initiative, which debuted in 2005, is to support the commercialization of these advanced vehicle technologies and expedite their deployment in U.S. transit-bus fleets.

For fleet managers, the cost savings associated with running hydrogen fuel cell buses in lieu of diesel-powered transit are compelling. The FTA and National Renewable Energy Laboratory estimate that each fuel cell bus eliminates the consumption of 9,000 gallons of diesel annually, which equates to a per-vehicle savings exceeding $35,000 a year.

However, the current economics of purchasing new fuel cell buses or converting existing vehicles are a hindrance to wide-scale deployment. That's where federally funded R&D programs come into play, the FTA says.

Three nonprofit organizations – the Northeast Advanced Vehicle Consortium (NAVC); the Center for Transportation and the Environment (CTE); and CALSTART – have been selected to oversee the projects. These three groups all have experience administering both state and federal clean-transportation programs, and they are tasked with developing hydrogen fuel cell technologies, testing bus performance and conducting program outreach.

The NAVC's project is a continuation of work the group has been handling for a number of years in partnership with the Massachusetts Bay Transportation Authority, Massport and Nuvera Fuel Cells Inc. The initial scope involved the development of a hydrogen-powered bus and corresponding hydrogen refueling station at Logan International Airport. The new FTA funding will put the newest generation of Nuvera fuel cells into existing vehicles, in tandem with hybrid-drive systems from BAE Systems.

Among the CTE's five projects is its fuel cell demonstration with the Capital Metropolitan Transportation Authority in Austin, Texas. The city has already deployed hydrogen fuel cell buses, and the new funding is aimed at putting a fuel cell/electric hybrid bus into revenue service. Project partners include Proterra and Hydrogenics.

And CALSTART, which is also responsible for five of the 11 projects, will partner with CTTransit in Connecticut to equip a New Flyer Industries bus with UTC Power fuel cells. Like the NAVC's project and the CTE's demo in Austin, this program will also involve the integration of a hybrid-electric driveline.

‘The FTA's National Fuel Cell Bus Program has been successful, with prototypes and early demonstration projects moving the technology forward, reducing costs, and improving durability and reliability. As a result, more fleets will have access to this zero-emission technology.

‘The costs of purchasing a fuel cell bus have decreased by more than 30 percent and will soon be less than 50 percent of costs at the time the NFCBP was established,’ Dr. Lawrence Wnuk, senior director at CALSTART, tells NGT News.Â

‘As costs come down, efficiencies improve and fleets like SunLine Transit in California and CTTransit in Connecticut successfully demonstrate the vehicles, transit agencies nationwide will take note,’ he adds.