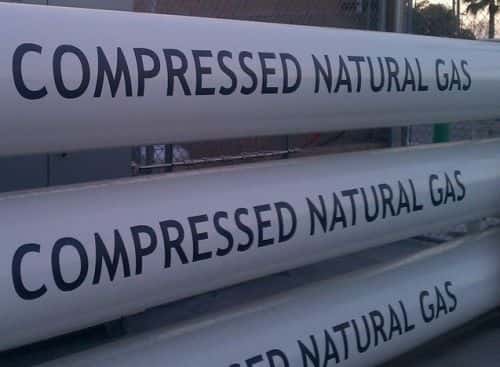 The majority of fleet managers today have a keen interest in alternative fuels, and natural gas vehicles (NGVs) have emerged as tempting options. Vehicle conversions and OEM offerings come at a premium, but some easy math proves that the price differential between natural gas and diesel or gasoline alone often justifies investments in NGVs.

But almost invariably, fleet managers who are ready to shift toward natural gas encounter the same problem: a lack of fueling infrastructure, whether compressed natural gas (CNG) or liquefied natural gas (LNG). It is a problem that micro and mass media alike cover. It is discussed at fleet and fueling trade shows, and industry stakeholders are mired in it. The fueling obstacle is ubiquitous.

America's Natural Gas Alliance (ANGA) sought to define the scope of this issue as a part of a comprehensive analysis conducted by TIAX LLC. The first sections of this multi-module analysis, released during the ACT Expo in Long Beach, Calif., a few weeks ago, looked specifically at LNG and CNG infrastructure in the U.S. and Canada.

So, how big is the problem?

‘We're far behind, and it gets worse every year,’ says Questar Gas Co.'s Jim Grambihler, who coordinates three of the four committees within ANGA's Drive Natural Gas Initiative. ‘We have a lot of catching up to do.’

Grambihler specifically contrasts the state of natural gas fueling infrastructure in the U.S. and Canada to that found in places like Pakistan, Iran, Argentina and Brazil, where NGVs are found in the millions and fueling stations abound. In North America, adoption has been slow, with fewer than 150,000 units on the roads across all vehicle classes, and a similarly low number of CNG and LNG refueling sites.

The U.S.' share of LNG fueling infrastructure is slight. Right now, 48 LNG stations are operating in the country in only nine states: Alabama, Arizona, California, Connecticut, Louisiana, Nevada, Ohio, Texas and Utah. And one of those states – California – represents 73% of the stations.

‘Strategic and coordinated investments along heavily-used corridors, such as the establishment of co-located natural gas stations and diesel truck stops, will be required to establish infrastructure networks that make LNG a major transportation fuel,’ the study says.

In the U.S., CNG is the more prominent of the two natural gas fuel types for transportation. However, when the complement of CNG refueling sites (about 1,000) is compared to the number of retail gasoline stations (approximately 119,000), it becomes clear how disparate these worlds are.

Indeed, according to TIAX's analysis, you would pass more than 100 gasoline stations before seeing a single CNG pump – about half of which are private-access. Moreover, the CNG stations in the U.S. are largely concentrated in a handful of states. California has the highest number, with 228, followed by New York (107), Utah (82) and Oklahoma (70). These four states host nearly half of the U.S.' existing CNG fueling sites.

Grambihler tells NGT News that even right now, with the relatively small number of NGVs on U.S. roads, there is already more demand for CNG for transportation use than existing stations can accommodate. And for CNG stations to reach just one-tenth of the number of gasoline stations, 16,000 sites need to come online.

Each of these players – and a host of others, both established and new – has the opportunity to take advantage of the current upswing in natural gas-fueled transportation. TIAX's reports make it very clear that all parties have roles to play and rewards to reap.

‘While there are numerous stakeholders in the CNG infrastructure development process, three groups have the greatest influence: natural gas supply chain companies (including exploration and production companies, pipeline companies, marketers and LDCs), federal governments, and CNG retailers,’ the study notes.

To a large extent, many companies are confronting the challenges and seeking those rewards. Clean Energy Fuels has aggressive expansion plans for both CNG and LNG, other retailers (e.g., Trillium USA, Pinnacle CNG Co., Alternative Vehicle Service Group LP) are ramping up their operations, and natural gas suppliers are making hard pushes to drum up demand for CNG and LNG.

Judging by TIAX's and ANGA's work, no amount of effort, at this point, goes to waste.