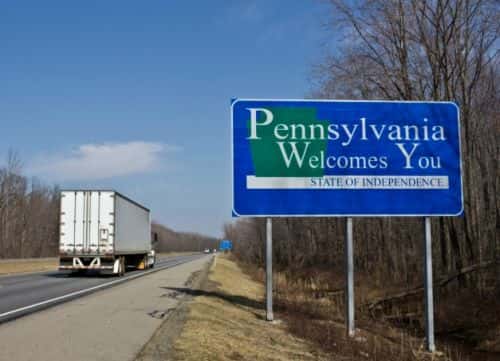 A new, state-funded report examines the opportunities and bottlenecks for natural gas and propane autogas as a transportation fuel in Pennsylvania. The main conclusion: It is worth a local fleet operator's time to at least consider a switch to the alternative fuels.

Using a grant provided by the Pennsylvania Department of Community and Economic Development, the Shale Gas Innovation and Commercialization Center (SGICC) commissioned the study. The SGICC says the report is meant to serve as an educational tool for anyone thinking about purchasing or converting to compressed natural gas (CNG), liquefied natural gas (LNG) or propane vehicles, or installing a natural gas fueling station.

Gannett Fleming, a Pennsylvania-based consulting and engineering firm, was chosen to author the study, with assistance from the Ben Franklin Technology Partners of Central and Northern PA's Transformation Business Services Network.

“We've been closely following the acceptance and conversion to the use of natural gas or propane in the United States' transportation market – especially in our region over the last few years,” explains Bill Hall, director of SGICC. “There are many options available, which can create confusion and uncertainty.”

Hall notes that the study should be considered just one resource available for interested parties to use as a reference guide.

According to the report, natural gas and propane are increasingly gaining a foothold as alternative fuel sources for Pennsylvania's transportation sector. Across the state, transit agencies and other large fleets are converting from gasoline to natural gas or propane because of cost and environmental benefits. However, the report says the use of natural gas or propane is not limited to large fleets. Opportunities exist for small fleets or individual vehicles, such as midsize delivery vans and trucks, and high-mileage commercial vehicles. Furthermore, the study says opportunities exist to become an alternative fuel station owner.

Some key conclusions of the report include the following:

Market. It is slowly growing relative to the choices for available alternative fuel vehicles (AFVs) being provided by the major automobile manufacturers, according to the report. It is also growing slowly due to the current lower price of crude oil. For example, the report says the price differential between CNG and gasoline of $1.50/GGE seen just over a year ago in Pennsylvania is now about $0.86/GGE. The report does note, though, that the price of natural gas continues to remain fairly constant without significant fluctuations.

Best Niche. Again, CNG and propane are not just for the transit agencies. The report says other fleets, such as taxicab companies, forklifts, concrete mix trucks and school buses, can and should take advantage of the abundance of natural gas.

Vehicle Comparisons. Potential owners should determine if a natural gas or propane engine is viable for the owner's specific application. Considerations include whether the vehicle will produce the torque and horsepower required for the need.

Conversions. Converting a vehicle from gasoline or diesel to an alternative fuel may be a viable option. However, the report says to ensure safety and compliance with regulatory requirements, a potential AFV owner should ensure that the engine is U.S. Environmental Protection Agency certified or compliant.
Â
Fueling Station Opportunities. The report says CNG fueling stations can range in cost from several thousand to over a million dollars, while propane stations are generally less expensive to construct. There are a host of ownership options available to a potential station owner, but the report says securing an anchor fleet is critical to the financial success of the station. For a homeowner, the report adds, there are options for time-fill refueling appliances.

Vehicle and Storage Facility Modifications. The report says safety considerations will require modifications to facilities used to maintain CNG vehicles. A qualified consultant should perform a CNG code compliance assessment and include an opinion of probable costs for the renovations. By code, the report says, vehicle storage areas do not require any improvements.

Grants and Funding. The report says a series of key federal incentive programs expired on Dec. 31, 2014, but it notes these programs have been retroactively reinstated in the past. At the state level, the report says the Department of Environmental Protection's (DEP) Alternative Fuels Incentive Grant (AFIG) rebate program for residents is active, but the agency's AFIG program for fleets is currently closed. The report says the DEP does not know what grant opportunities might be available next year until after the new state budget passes. In addition, the state's Alternative Clean Fuels program is still active for natural gas infrastructure projects.

Economics. Extensive return-on-investment (ROI) calculators, such as the Alternative Fuels Data Center's (AFDC) CNG VICE 2.0 application, are available. The report says a potential AFV owner should consult a website like the AFDC's to compare the price of AFVs to that of its existing fleet vehicles. Consulting engineer firms in the alternative fuels market also have their own versions of ROI calculators for fueling station construction.

Chicken and the Egg. The number of CNG and propane stations is increasing monthly in Pennsylvania. The report notes the numbers need to continue to rise in order for potential AFV owners to feel comfortable that they will be able to fill their vehicle without being stranded along the shoulder of the road.

In closing, the report says it is a worthwhile exercise for any fleet owner, regardless of how many vehicles it operates, to investigate the opportunities available to convert all or a portion of the fleet to natural gas or propane.

The study says experts who are tracking the shale energy area believe there will be a long-term, low-cost availability of both natural gas and propane, especially in Pennsylvania. Of course, the price of gasoline or diesel may also remain lower than the recent high prices seen just a few years ago, as oil production also appears to benefit from the shale energy revolution.

Nonetheless, the report says, the price spread between natural gas and propane versus gasoline and diesel still remains large enough to behoove any fleet operator, as well as individuals who are high-mileage drivers, to study their fuel choice options.

This article is adapted from an SGICC press release and the summary within the group's report. The full report is available here.