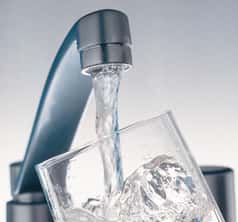 A new piece of research suggests that techniques such as hydraulic fracturing and horizontal drilling present some risk to surface-water quality but have not dramatically influenced contaminant levels in the Marcellus Shale region in Pennsylvania – one of the most compelling unconventional natural gas resources in the U.S.

The study, which was released in the Proceedings of the National Academy of Sciences (PNAS) this week, looked at how shale gas wells affect nearby watersheds, as well as examined water downstream from treatment plants that have handled shale gas waste. Shale gas development in general – and fracking in particular – has been a divisive issue in Pennsylvania and neighboring New York, which instituted a ban on fracking in 2011.

Water quality issues are central to the fracking debate, making this new research particularly pertinent. And although there are about 5,000 wells in operation in the Marcellus today, four times that many could be up and running in a few short years. In turn, whatever conclusions are drawn from this and other studies will likely help inform how the regulatory environment changes and how the region's natural gas industry evolves.

Levels of chloride and total suspended solids (TSS) were the focus of the research, largely because an enormous amount of data about these particular contaminants was available from the U.S. Environmental Protection Agency and U.S. Geological Survey.

In fact, more than 20,000 water quality observations collected from 2000 to 2011 were at the researchers' disposal, explains Lucija Muehlenbachs, one of the report's authors. Conversely, researchers had access to fewer than 200 historical observations for other contaminants, such as arsenic and strontium.

TSS includes various material that is trapped by a filter upon water-testing, from sewage to silt. Low concentrations of naturally occurring chloride are common, but high levels can hasten the corrosion of water pipes in homes and businesses, as well as make drinking water more salty-tasting and less drinkable.

Specifically, the study suggests that each additional upstream facility that treats shale gas waste increases the downstream chloride levels by about 7%. And for every 18 well pads that are developed upstream, the downstream TSS concentrations increase by about 5%.

‘There is now evidence that surface water has been affected by shale gas development along some pathways, and others not,’ Muehlenbachs tells NGT News. ‘For the pathways where there are impacts, more research still needs to be done to quantify the ecological and economic implications.’

As with any study, providing context to Resources for the Future's work is useful. For instance, chloride levels in the flowback water from shale gas wells are extremely high – up to 300,000 mg/L. By comparison, ocean water is around 35,000 mg/L, and fresh water is between 100 and 500 mg/L.

The mean level of chloride across the whole sample group over the entire 11-year period was about 19 mg/L. The study's findings suggest that adding one additional facility upstream would increase downstream chloride levels to 20.33 mg/L – still far below the average found in most streams and rivers.

It is important to also note that during the study period, about 70 treatment plants were accepting waste water from shale gas wells. But Pennsylvania enacted more stringent laws in 2011 that, in part, put a voluntary ban on the shipment of shale gas waste to municipal facilities and some industrial waste water plants. Today, approximately 50 facilities are treating Marcellus wells' waste water, and Resources for the Future's own samples have shown that chloride levels downstream from these facilities are not above normal.

Similarly, it is well-known that land-clearing and construction activities of any kind that disturb a ground surface – including shale gas drilling – can raise TSS concentrations in a watershed. This is why state laws and the federal Clean Water Act call for erosion and sediment (E&S) control measures.

Pennsylvania's Clean Streams Law, for instance, requires all surface-disturbing activities that take place on an area greater than 5,000 square feet to have an E&S plan. Moreover, oil and gas activities that disturb five acres or more require the state's updated ESCGP-2 E&S permit. That tight regulation captures the majority of the shale gas wells being pursued in the state.

‘There's no higher priority of our members than the safe and environmentally responsible development of this world-class natural gas reserve.’