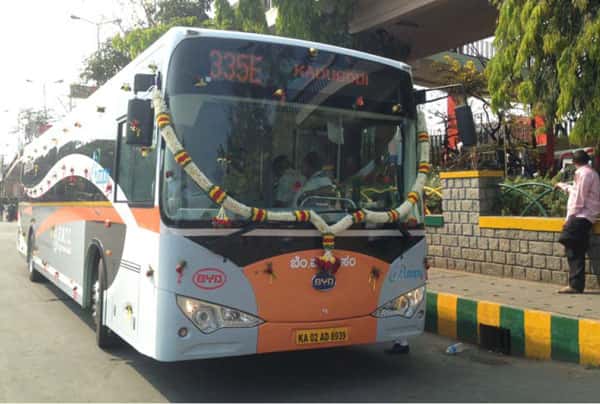 A new study from the Indian Institute of Science says that electric buses generate up to 27% more revenue and 82% more profits compared with the diesel buses they replace, reports Charged EVs. This is in addition to the estimated 25 tons of carbon dioxide emissions that electric buses remove from the atmosphere when replacing a diesel bus.

The study centered on the Indian city of Bangalore, where a Chinese-built BYD electric bus was tested on existing routes around the city. Researchers studied the electric bus’ environmental and economic impact, finding that it cost much less to both fuel and maintain the electric bus.

The U.S. National Renewable Energy Laboratory recently conducted its own study that showed electric buses to be nearly four times more fuel-efficient than CNG buses. Electric buses are substantially more expensive to buy initially, but they have significantly lower energy and fueling costs.

For example, the BYD K9 electric bus costs about $550,000 to purchase, while a typical diesel bus costs around $450,000. However, the Society of Automotive Engineers conducted a test that found the BYD electric bus cost just $0.20 to $0.30 per mile to operate compared with about $1.40 per mile for an equivalent diesel or CNG bus in New York City.

To call this a “study” is ridiculous. 1) All of the data is based on one brand new electric bus provided by the bus manufacturer. Was it a standard road vehicle, or a “special” bus they use for tests? The study doesn’t say. 2) All that is mentioned is the diesel bus used in the study was a legacy bus. Was it 5 years old, 10, 15? What emissions standard did it adhere too? Being it was a legacy bus, what was its service history? The study doesn’t say. 3) As Kamil Kaluski noted in his critcial analyis of the… Read more »