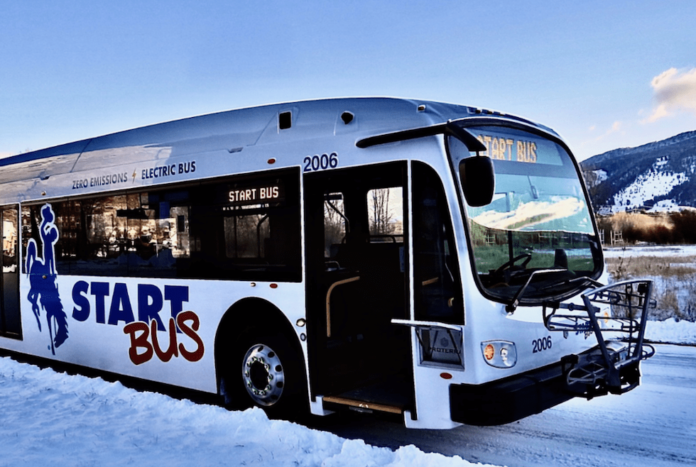 They are the first battery-electric buses in Wyoming and the first Proterra ZX5 buses to be deployed in the U.S.

“START Bus and Jackson are thrilled to add battery-electric buses to our fleet,” says Darren Brugmann, director of START Bus. “These buses will provide cost-effective, clean, efficient transportation and help START reduce emissions to improve air quality. START is committed to transitioning 40% of its fleet to electric by 2022 and deploying these first eight buses is a major step toward that goal.”

START selected the 40-foot Proterra ZX5 MAX battery-electric transit bus with 660 kWh of onboard energy and the DuoPower drivetrain. The Proterra ZX5 MAX can deliver up to 329 miles of drive range, which represents the most energy storage and longest drive range of any 40-foot electric bus available in the market today.

The DuoPower drivetrain delivers nearly twice the horsepower and five times better fuel efficiency than a standard diesel engine. It features two electric motors that deliver 550 horsepower, accelerating a ZX5 bus from 0 to 20 mph in under six seconds. In addition, the DuoPower can propel a bus up a 25% grade, making it an ideal option for routes with steep hills. By combining this drivetrain with Proterra’s battery technology and lightweight composite bus body, this vehicle provides superior performance and is designed to tackle Jackson’s routes and winter climate.

START Bus will put the buses into service in late November.