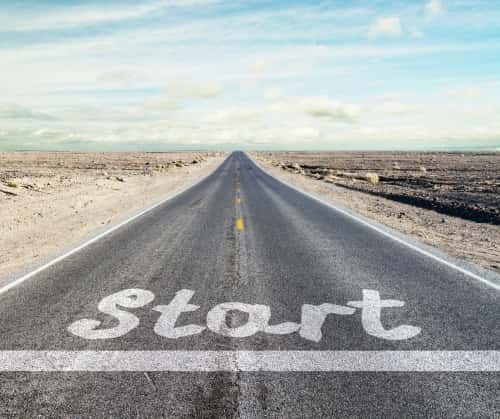 Since the 1990s, the expectation of many natural gas vehicle industry insiders was that more and more taxis, buses and trucks would eventually use compressed natural gas (CNG) and liquefied natural gas (LNG), and that the market would eventually come into its own once there were enough appropriate engines, vehicle chassis and fueling stations at a low enough cost to spur consumer demand. This expectation was turned on its head by the actions of a few natural gas operating companies during the period beginning around 2008-2009.

Ironically, natural gas operating companies were using diesel fuel to power all of their drilling rigs, hydraulic fracturing equipment and large service trucks. This situation was summed up by one gas industry businessman who said, ‘We're like a dairy owner who doesn't drink milk.’ A few leaders in the natural gas business, notably Canada-based Encana Corp., were the first to realize and act on this irony.

At the time, Encana was one of the top two or three natural gas companies in North America. However, its activities in Canada were significantly larger than in the U.S., and it wasn't as well known as peers such as Chesapeake Energy, Devon Energy and XTO Energy – the latter of which was on the verge of being bought by ExxonMobil.

Several Encana executives saw that spurring new uses of natural gas and driving the demand side was important to creating profitable growth, especially because the concurrent revolution in natural gas production techniques was driving up supply. New outlets for natural gas were needed. So, Encana began to experiment with using LNG (and taking the gas from pipelines and directly from producing wells) to fuel high-horsepower engines that had been modified to use mixtures of natural gas with diesel instead of diesel alone. These initial tests were successful, so Encana took the next step of commissioning the building of large portable equipment that could store the LNG and vaporize it at many well sites for Encana's drilling operations.

Encana took several further steps to encourage natural gas fuel demand, such as entering an agreement with a new company, Heckmann Corp., which was starting to get into the business of hauling water to hydraulic fracturing sites. The two companies struck a symbiotic deal: Heckmann won business hauling water to Encana's rig sites in return for Heckmann agreeing to convert its water-hauling truck fleet to LNG. Heckmann thus placed the biggest natural gas truck order up to that time: 200 trucks equipped with the largest natural-gas-fueled engine available, Westport's 15-liter, 450 hp high-pressure direct-injection engine.

So, here we were with Encana, a Canada-based company, taking the bull by the horns to create demand for natural gas fuels in the U.S. by using it for drilling and also incentivizing truckers to convert over to it. This was quickly noticed by Aubrey McClendon, who was at the helm over at Encana's chief U.S. competitor, Chesapeake Energy.

Chesapeake was still only a 20-year-old company when the shale gas revolution and Encana's forays into LNG began. McClendon followed news of Encana's efforts to develop the natural gas fueling market. With Chesapeake being even larger than Encana in the U.S. – and with his reputation as chief industry visionary on the line – McClendon decided to make an even bolder statement. He commissioned a high-level team at Chesapeake to identify moves the company could make to radically change the fuel market. He pledged $1 billion of investment money (equal to one-eighth of its revenues in 2009) via a subsidiary, Peake Fuel Solutions, to act as an internal venture capital company to fund this effort. Part of this was set aside to help a start-up company, Sundrop Fuels, develop technology to convert natural gas into petroleum-like substances, while the balance and larger share was expected to help develop natural gas fuels themselves.Â

Chief among those investments was a commitment to loan Clean Energy Fuels $150 million to help them build LNG refueling stations around the country in a program known as America's Natural Gas Highway. Chesapeake also made plans to build LNG plants in several oil and gas basins, convert all 4,500 of its light-duty truck fleet over to CNG and buy self-contained CNG stations newly developed by GE. Ironically, these steps to invest in natural gas fueling infrastructure came about at the same time Chesapeake was remaking itself over more as an oil and “liquids” producer than a natural gas company.

Encana's and Chesapeake's efforts to use LNG and CNG were the first and second in a series of falling dominoes. Soon, other (mainly large independent oil and gas) companies like Apache Corp. and Noble Energy joined and altogether created an important turning point in the natural gas fuels industry by kick-starting broader interest.

Spurred by reading about the activities of companies like Encana, Chesapeake, Apache and Noble, C-level executives of many other top oil and gas companies began asking “Why aren't we doing this?” and pushed their operations teams to at least test natural gas for drilling. They sometimes even created something of a public-relations feeding frenzy trying to notch industry firsts.

These efforts had two large impacts. First, the oil and gas industry propelled natural gas fuels forward by proving that LNG and CNG are acceptable and cost-effective alternatives to diesel in high-horsepower engines, applications where a lot of fuel could be displaced. This potential bonanza in natural gas fuel demand growth expanded interest in LNG and CNG beyond the realm of cars, buses and trucks.

People in the industry found it exciting that drilling could use over 1,000 gallons a day of natural gas fuels. But, there was even greater potential in completion operations (known throughout the industry as “hydraulic fracturing” and more popularly referred to as “fraccing”) that created another level of customer excitement. Hydraulic fracturing operations use 10 or more 2,000+ hp engines simultaneously to inject the massive amounts of water underground. This creates the potential to use up to about 20,000 gallons a day of LNG or CNG at a single site.Â Â

A few companies took the lead here, also. Notably, Apache Corp. quietly began testing natural gas fuels for this purpose in Alberta, Canada, and then subsequently expanded to Oklahoma and Texas. By 2013, Apache was able to tout that it had converted an entire hydraulic fracturing operation consisting of over 25,000 hp of engines to run on a combination of LNG and diesel. Other oil and gas companies followed suit and, like drilling, hydraulic fracturing began to emerge as a promising niche market of its own for natural gas fuels.

The second way oil and gas operations propelled the LNG and CNG market forward was by interesting some of the U.S.' largest manufacturing companies to take a closer look at the market. Chief among these was Caterpillar (CAT), the country's largest supplier of heavy machinery.

CAT happened to be the largest supplier of engines to the oil and gas well drilling and completions market. So, when small start-ups began tinkering with engines with the expectation of developing technology to convert them to natural gas (generally by combining diesel and natural gas in the engine), they naturally turned to the CAT engines first as the most important addressable market.

A few companies, such as American Power Group and Altronic, were quite successful at making these conversions. Executives at CAT watched this effort and realized that they should be able to convert their own engines and also seed the market for a next generation of improved natural-gas-fueled engines that could be used there. While they were successful in entering this market niche by 2012, the more important implication for CAT was that the company was now in a position to lead the transition from diesel to natural gas in a wide range of large engines, including those used in ships and trains.Â

Oil and gas well drilling and hydraulic fracturing operations were the clear catalysts for a rapid acceleration of commercial interest in LNG and CNG. But this use is intrinsically rather small compared to the much larger available market. Specifically, less than 2 billion gallons of diesel are used in drilling and hydraulic fracturing in the U.S. annually. Now, 2 billion gallons is pretty significant considering it created a multibillion-dollar potential market opportunity for LNG and CNG, but it is only 1% of the total of the nearly 200 billion gallons of gasoline and diesel consumed. With the door opened a crack wider for CNG and LNG, this larger prize appeared to be more accessible.

This article is an adapted excerpt from Bryan Luftglass' book, “Expansion: How Natural Gas Fuels are Reshaping Transportation in America.” More information about the book is available here.