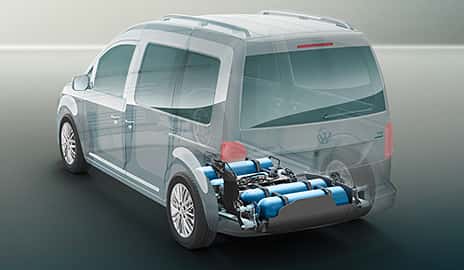 In a letter recently sent to the U.S. Environmental Protection Agency (EPA), Oklahoma Sen. Jim Inhofe suggested making compressed natural gas (CNG) engines a part of the plan for dealing with the Volkswagen diesel emissions cheating scandal. Recent reports have suggested that the EPA is urging Volkswagen to build electric vehicles (EVs) as a sort of penance.

Inhofe wants to know if the EPA is considering using CNG alongside EVs as part of Volkswagen’s plea deal with regulators. He correctly notes that heavy-duty trucks operating on CNG produce up to 90% fewer nitrogen oxide (NOx) emissions than do conventional diesel trucks. He goes on to say that he believes CNG would be a preferable alternative to the EVs that the EPA wants Volkswagen to produce.

Inhofe’s letter to the EPA includes the following statement:

“In regards to the Volkswagen case, however, natural gas vehicles should not be dismissed offhand; instead of picking a specific technology winner, EPA would gain more value from including natural gas vehicles – including heavy-duty trucks – in the agreement to complement the EV path this administration continues to favor. This could significantly improve air quality in a less expensive, manageable way than choosing to only support the advancement of electric light-duty vehicles.”

“New natural-gas engine technologies arriving in the marketplace now could have a significant impact on NOx emissions in areas with the highest pollution problems. Heavy-duty NGVs with “Near-Zero” engines would complement any balanced settlement between EPA and Volkswagen to offset emissions and improve air quality immediately.”

Volkswagen does not currently produce or sell any heavy-duty trucks or engines in the U.S. However, the automaker does offer several CNG models in Europe, including the recently unveiled Caddy TGI BlueMotion van.