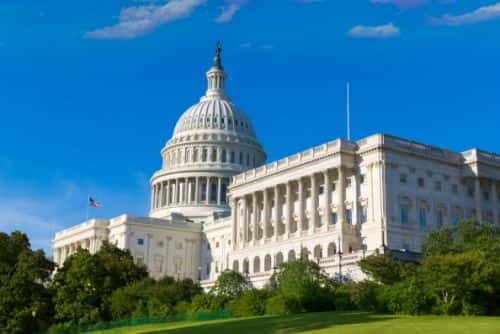 In a 23-3 vote Tuesday, the U.S. Senate Finance Committee passed a tax extenders package to revive dozens of tax credits that expired at the end of last year, including key incentives for the alternative fuel industry. The bipartisan legislation now moves to the Senate floor for consideration.

Among the bill's many provisions is an extension of the federal $0.50/gallon alternative fuels excise tax credit, which covers compressed natural gas, liquefied natural gas, propane autogas and other alternative transportation fuels.

The measure would also extend the 30% alternative refueling infrastructure tax credit, which is capped at $30,000. Furthermore, the bill would renew the $1,000 home refueling tax credit.

In a press release, NGVAmerica applauds the Senate panel for approving the package, and the group says that renewing the federal alternative fuel incentives would help boost the natural gas vehicle market.

“NGVAmerica commends the Senate Finance Committee for their leadership to advance natural gas vehicles,” says Matthew Godlewski, president of NGVAmerica, in the statement. “If passed, this legislation is great news for fleets who are looking to clean-burning, low-cost, domestic natural gas to power their transportation needs.”

According to a press release from Bennet, the measure would allow LNG to compete fairly with diesel by taxing LNG based on the natural gas' energy output, rather than on its volume. NGVAmerica, which calls the measure a “common-sense amendment,” says LNG is currently taxed at a rate 70% higher than that of diesel.

‘LNG is becoming a larger part of Colorado's diverse energy industry, and we have an opportunity to help grow this market and increase the use of natural gas as a transportation fuel,” comments Bennet, in his release. “This bill will help us embrace that momentum and encourage the use of this domestic, cleaner-burning fuel.’

Notably, Bennet and Burr's LNG provision is similar to an alternative fuel tax parity measure that recently passed in the U.S. House of Representatives as part of a larger highway funding bill.

Meanwhile, the biofuels industry has also welcomed the Senate tax extenders package. The legislation would extend several incentives for the sector, including the second-generation biofuel producer tax credit, as well as biodiesel and renewable diesel tax credits.

“I commend the Senate Finance Committee's leadership for recognizing how important these tax credits are for the continued growth and innovation of the U.S. biofuels industry,” states Bob Dinneen, president and CEO of the Renewable Fuels Association, in a release. “Stability in the marketplace is crucial to encouraging development in second-generation biofuels, like cellulosic ethanol. By extending these incentives, the committee has helped to provide that needed stability.”

Last December, Congress passed H.R.5771, a bill that established a one-year retroactive extension for the alt-fuel and dozens of other expired tax credits through the end of 2014. President Barack Obama signed the bill into law soon after, but many considered the eleventh-hour legislation too little, too late.

As U.S. Sen. Ron Wyden, D-Ore., explained in a statement Tuesday, “At the stroke of midnight on January 1st, [H.R.5771] expired, the tax incentives again were dead as a doornail, and Americans were back in limbo not knowing what taxes they'd owe in the future.”

Wyden, the Senate Finance Committee's ranking member and former chairman, continued, “This [new] legislation is going to lock these policies in place for two years, past the next election.

“This two-year bill is the right way to ensure these incentives live up to the hype,” he said. “The budgetary math might look the same regardless of the date, but the economic value of these incentives virtually disappears when Congress waits until the end of the year. The economy would get about as much use out of spending those billions on 8-track tapes and pocket pagers.”

In his opening statement Tuesday, U.S. Senate Finance Committee Chairman Orrin Hatch, R-Utah, also emphasized the need for swift action to pass a new extenders package and again restore important tax breaks.
Â
“I want to note that this year marked the first time in 20 years that a new Congress began with the tax extenders already expired,” said Orin. “In other words, we began this Congress with a built-in disadvantage when it comes to tax policy.

“All of these tax provisions are meant to be incentives – they are meant to encourage and promote certain activities,” he added. “If they are expired, they aren't doing much good.’

Wyden said, ‘It's my hope that once the committee reports this legislation, the Senate will act quickly.’