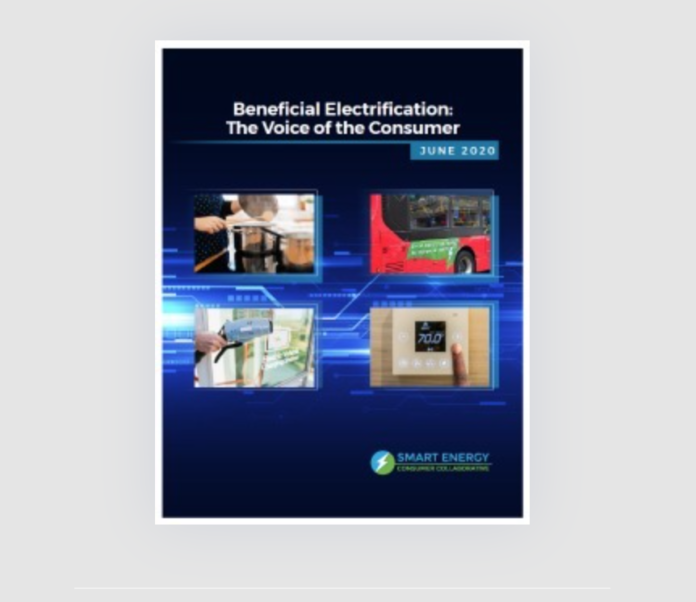 Many U.S. consumers express a willingness to transition from fossil fuels to electricity for transportation, according to the latest nationwide consumer survey from the Smart Energy Consumer Collaborative (SECC).

As electricity generation in the U.S. becomes increasingly cleaner, electrification is gaining momentum among electric utilities and policymakers as a strategy to reduce carbon emissions and address climate change. SECC’s Beneficial Electrification: The Voice of the Consumer study reached a nationally representative sample of 1,200 Americans to gauge interest in switching to electricity, determine barriers that might exist and uncover underlying motivations for switching.

“Beneficial electrification represents one strategy by which utilities and government can reduce carbon emissions and mitigate the effects of climate change,” says Patty Durand, president and CEO of  SECC.

“This new study demonstrates that Americans are ready to pursue this path now,” adds Durand.

The study found considerable interest in switching to electricity for both residential use and for transportation. Over 68% of Americans believe it is important for their electric utilities to invest in electric vehicle charging stations, and 62% want government leaders to invest in electric public transportation. About 31% of Americans that currently own a gas-powered vehicle would make their next car purchase an electric or plug-in hybrid vehicle if the price was the same, and interest remains relatively stable with a 10% increase in price.

The Beneficial Electrification: The Voice of the Consumer study is available for download by SECC members and to the media on request, here.