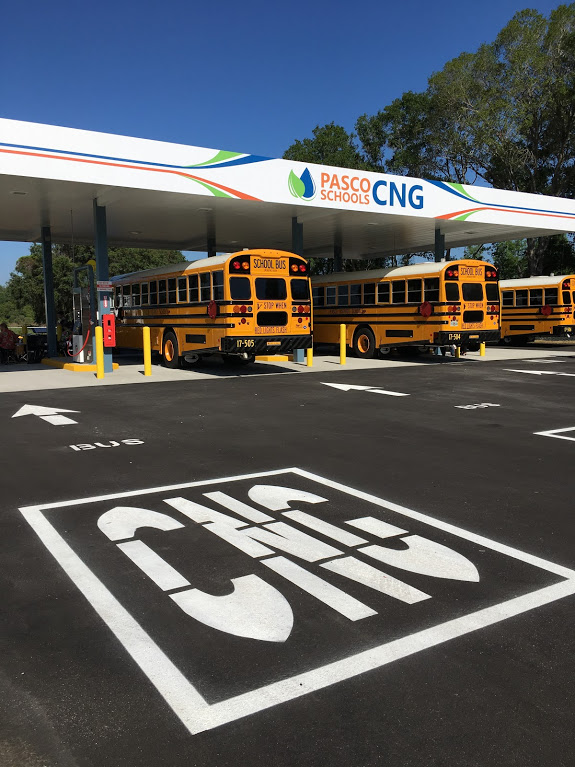 Pasco County Schools in Florida and its partners have opened a school district-owned and -operated compressed natural gas fast-fill station to fuel the 65 CNG buses the district will have by the end of the 2017-2018 school year.

According to Pasco County Schools, the CNG station is capable of dispensing more than 10,500 gasoline gallon equivalents per day. All of the compression equipment was manufactured in the U.S., and the station will be able to fuel a bus in three minutes.

In addition to the filling station, the district also is opening a new bus compound at the site, located at 13101 Interlaken Rd. in Odessa. Just like the new station, the garage is specially designed to service the CNG buses. It is scheduled to be fully operational by July and will accommodate up to 90 buses.

“We are proud of how far we have come in just a few short years,” says Altman. “We couldn’t have done it without great partnerships and the talented, dedicated staff of our construction services, transportation services and planning departments.”