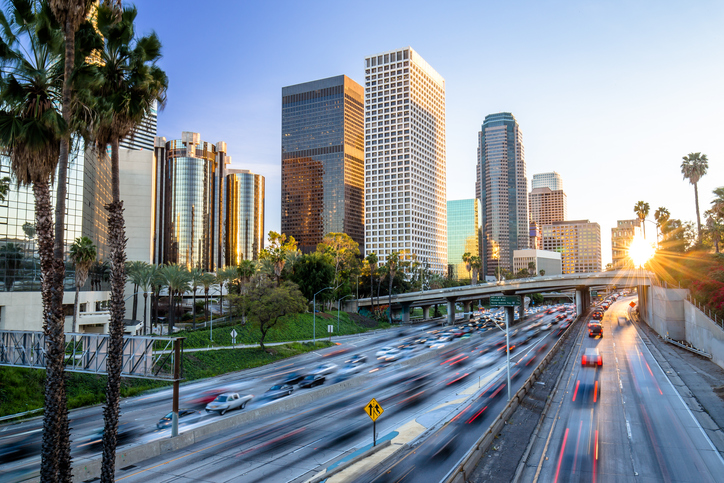 The ports of Los Angeles and Long Beach today released the draft of their proposed 2017 Clean Air Action Plan (CAAP) Update, outlining a new set of near-term and long-term strategies for the harbor complex to further reduce harmful air pollution from all port-related sources, assist the state in meeting greenhouse-gas reduction goals, and ultimately achieve zero emissions for trucks and terminal equipment.

According to the ports’ announcement, the document release kicks off a public review and comment period that extends through Sept. 18. Written comments may be submitted until 5 p.m. on the closing date.

The ports will also hold an Aug. 30 public workshop at Banning’s Landing Community Center, located at 100 Water St. in Wilmington, starting at 5 p.m. for people to comment. Harbor commissioners from both ports plan to hold a joint public meeting in November to consider the final draft.

“These ports are going where no port has gone before,” says Port of Los Angeles Executive Director Gene Seroka. “Based on what we’ve already accomplished to promote healthy, robust trade through our gateway, we’re ready to make history again, looking at a new array of technologies and strategies to further lower port-related emissions in the decades ahead.”

“Working closely with all our partners has been crucial to our success. That same collaboration went into the development of the 2017 CAAP and will be indispensable going forward,” says Port of Long Beach Executive Director Mario Cordero. “Since 2006, the Clean Air Action Plan has been a model for programs to reduce health risks and air quality impacts from port operations worldwide. We remain committed to being leaders in seaport sustainability.”

According to the announcement, the draft 2017 CAAP ushers in a new era of clean air strategies that seek to address the enormous challenges of reducing harmful emissions from port-related sources, including ships, trucks, cargo handling equipment, locomotives and harbor craft. The strategies also reinforce the ports’ commitment to sustainable operations that strengthen their competitive position in the global economy.

The draft 2017 CAAP Update incorporates feedback from nearly two years of extensive dialogue with the industry, environmental groups, regulatory agencies and neighboring communities. The ports conducted multiple small-group meetings and a large public workshop prior to releasing a discussion document last November detailing their goals, priorities and strategies for public review and comment.

Since then, the ports have held more than 50 stakeholder meetings and another community workshop leading into today’s release of the draft 2017 CAAP Update.

Updated strategies in the CAAP incorporate local, regional, state, and federal standards and regulations, as well as anticipate clean air regulations under development by the California Air Resources Board. The CAAP also aligns with the vision and targets of state and local leadership, as identified in the California Sustainable Freight Action Plan adopted in 2016 and the aggressive joint zero-emissions initiatives announced in early June by Los Angeles Mayor Eric Garcetti and Long Beach Mayor Robert Garcia.

Grouped under four categories, the 2017 CAAP’s near-term and long-term strategies include the following:

As reported, the updated CAAP captures projects under way, as well as future projects, including those that will require further study to determine how and when to demonstrate new technology. A road map for conducting feasibility assessments is among the supporting documents.

Supporting documents also include a preliminary analysis, estimating the cost of implementing the 2017 CAAP at $7 billion to $14 billion. Given the magnitude of the investment, the draft plan calls for the ports to intensify their funding advocacy and increase collaboration with their partners to finance the new strategies.

The most recent emissions inventories show the ports have already surpassed the 2023 DPM and SOx reduction targets and are within striking range of the NOx target. The 2017 CAAP identifies the tougher measures needed to reduce harmful emissions to zero or near-zero levels.

A number of industry groups have issued statements in response to the draft plan, including the Southern California Gas Co. (SoCalGas) and the California Natural Gas Vehicle Coalition (California NGV Coalition).

Lisa Alexander, SoCalGas vice president for customer solutions, says, “SoCalGas applauds the commissioners of the San Pedro Bay Ports and Mayors Garcetti and Garcia for leading the charge to deliver cleaner air to communities across Southern California. By including near-zero-emission trucks fueled by renewable natural gas in the Clean Air Action Plan, the ports showed their commitment to making immediate improvements in air quality and public health.

“Near-zero, natural gas technology is available today and is supported by the South Coast Air Quality Management District and Mayor Garcetti’s Sustainable Freight Advisory Committee as an immediate solution to combat air pollution and slow climate change,” she continues. “By deploying heavy-duty trucks fueled by renewable natural gas now, we can lower greenhouse-gas emissions from trucks serving the ports by 80 percent and can reduce air pollution by 90 percent, providing much-needed relief for underserved communities living near the ports and along freight corridors all across the region.”

Separately, a spokesperson for the California NGV Coalition echoes a similar sentiment.

“The draft CAAP released today is the starting point for finalizing the measures to reduce pollution from the ports that will shape our region for the next 10 years. Staff has worked diligently to develop the draft CAAP, and we recognize their efforts,” the spokesperson says.

“At the same time, the draft CAAP can be strengthened with earlier measures that accomplish immediate reductions of air pollution and greenhouse gases from heavy-duty trucks. These reductions can be achieved with accelerated deployment of low NOx trucks powered by renewable natural gas that reduce air pollutants by over 90 percent and greenhouse gases by over 70 percent. This technology is available today and can be used to completely upgrade the port truck fleet by 2023, as called for in the Advanced Clean Trucks Now (ACT Now) Plan. Waiting for an unproven, expensive technology will only prolong the damage being done to our air by the tens of thousands of diesel trucks moving in and around the ports every day.

“The call to deploy all clean trucks by 2023 is voiced by Mayor Garcetti’s Sustainable Freight Advisory Committee, and we encourage the ports to adopt this plan as quickly as possible,” he continues. “The health of our communities and our planet can’t wait.”