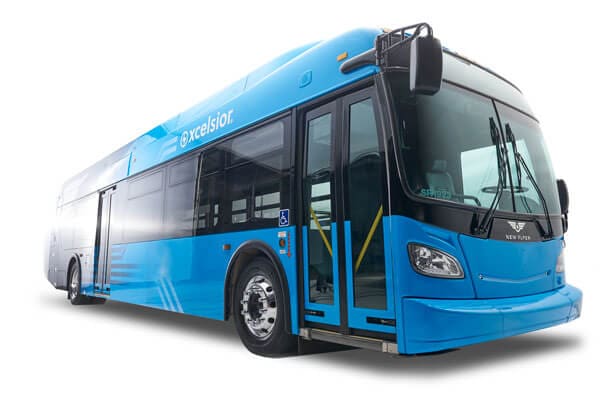 MTS plans to use 17 of the articulated buses currently in production for its new bus rapid transit service, expected to open later this year. South Bay Rapid is a $128 million project that includes 12 stations along a 26-mile route from the U.S.-Mexico border to downtown San Diego via eastern Chula Vista – connecting to employment and activity centers in downtown San Diego and South County.

“As San Diego and its surrounding regions continue to invest in the development of a compact urban core, the need for efficient transportation will increase,” says Wayne Joseph, president of New Flyer of America. “MTS has recognized this and is proactively leading the evolution to sustainable public transit. We commend MTS on its industry leadership in low-emission transit and are proud to again provide New Flyer buses to support a growing San Diego.”