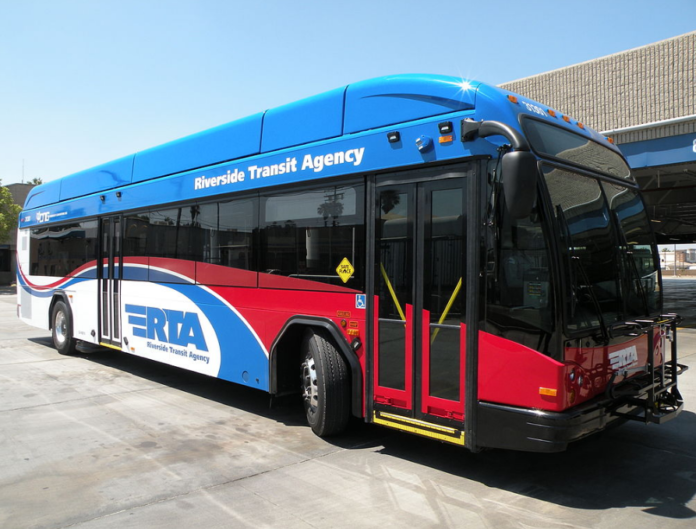 The Riverside Transit Agency (RTA) in California has unveiled its first near-zero natural gas engine aboard a 40-foot bus, as part of its latest push for cleaner air.

According to the RTA, the bus looks similar to others in the fleet, boasting the same 280 hp and running on compressed natural gas, but features an enhanced ISL G 280 NZ engine.

Installed in December, the new engine has a 90% reduction in nitrogen oxide emissions and 15% reduction in greenhouse gases, compared to RTA’s already clean-burning engines.

As reported, the new engine gets better performance due to an enhanced control system that monitors sensors and fuel and ignition systems. Other factors include a three-way catalyst that’s packaged as part of the muffler and provides consistent emissions control and closed crankcase ventilation system that reduces emissions.

The 1,625-pound super engine, made by Vancouver-based Cummins Westport Inc., was made possible by a $10,000 grant from the South Coast Air Quality Management District.

In 1988, prior to today’s laws that regulate bus emissions, RTA was among the first transit systems in the U.S. to operate low-emission methanol buses. In fact, when RTA’s Riverside headquarters was built in 1986, it included a separate fueling system for alternative clean fuels. What’s more, in 2001, the agency took its biggest step by replacing its entire fleet of diesel buses with CNG buses.