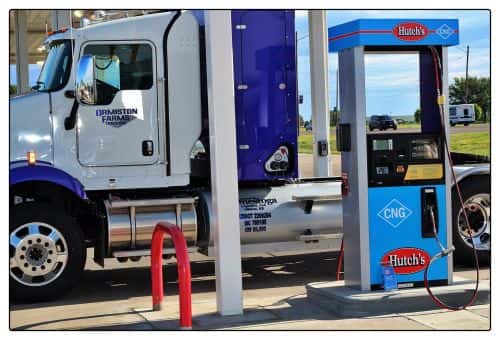 The recent drop in gasoline and diesel prices may have some fleet operators and consumers wondering: Why bother switching to natural gas?

Well, trade group NGVAmerica has published a new comprehensive report outlining why it thinks natural gas will remain a cheaper fueling option over the long term. Titled, ‘Oil Price Volatility and the Continuing Case for Natural Gas as a Transportation Fuel,’ the report cites data from a variety of federal and state agencies.

“Boom and bust in the oil industry is nothing new,” explains NGVAmerica. “In fact, since 2009, the oil markets have been fairly volatile.”

Nonetheless, the report notes that current average compressed natural gas (CNG) prices are still $0.75 to $1.00 lower than diesel, and the price gap between the two fuels is expected to widen again as the world economy recovers.

“Until the recent drop in crude oil, which most analysts agree will rebound when the current supply-demand imbalance returns to more “normal' levels, average retail natural gas fuel prices have been 35 to 50 percent less than gasoline and diesel prices.”

NGVAmerica also points out that U.S. state and federal policies are expected to continue supporting the use of natural gas and, thus, help keep down costs for the clean-burning fuel.

“Our analysis reveals a compelling case for the continued transition to natural gas-powered vehicles, especially among commercial and government fleets for whom transportation costs represent a significant portion of their budgets,” says NGVAmerica. “The long-term stability and low prices for natural gas relative to oil are likely to remain for many years – perhaps even decades, based on well-documented economic models.”