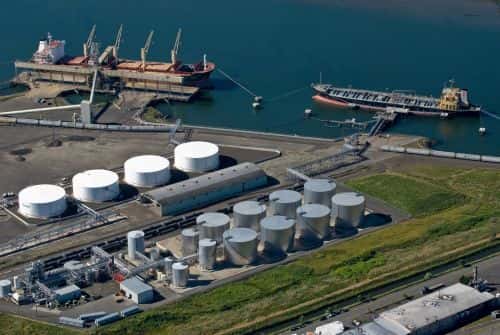 Renewable Energy Group Inc. (REG) has completed its acquisition of substantially all the assets of Imperium Renewables Inc., including a 100-million-gallon nameplate capacity biodiesel refinery and terminal at the Port of Grays Harbor, Wash.

Under the deal, REG paid Imperium $15 million in cash and issued 1.675 million shares of REG common stock. For two years post-closing, Imperium may receive up to $0.05/gallon for biodiesel produced and sold at Grays Harbor.

REG says it assumed $5.2 million of Imperium's debt from Umpqua Bank, which has agreed to provide the newly named REG Grays Harbor LLC with an additional loan capacity of up to $5 million to fund capital expenditures and improvements at the facility. In addition, Imperium retained its net working capital value of approximately $25 million.

“We are excited to now offer high-quality REG-9000 biomass-based diesel produced at Grays Harbor to better serve new and existing customers along the West Coast and other low-carbon fuel markets, ” says REG President and CEO Daniel J. Oh. “The transition at Grays Harbor has been seamless so far – thanks to the dedicated team at Imperium, who we are now proud to have as members of the REG family.”

Most of Imperium's employees have agreed to stay on with REG. According to REG, the Grays Harbor location includes 18 million gallons of storage capacity and a terminal that can accommodate feedstock intake and fuel delivery on deepwater PANAMAX class vessels, as well as possesses rail and truck transport capabilities. A formal grand opening will be announced at a later date.