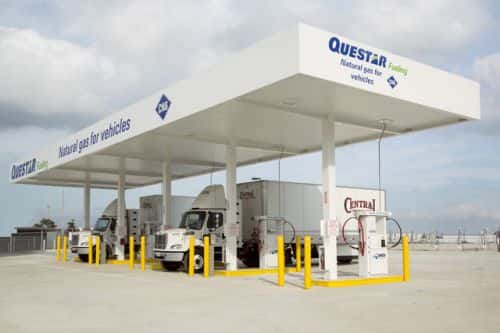 This facility, which was originally announced back in January, is the largest of its kind in the U.S., according to Questar. It consists of 120 time-fill CNG fueling posts that will be used primarily by Central Freight's and Swift's Class 8 natural gas tractors, as well as five fast-fill dispensers designed for anyone's use – Central Freight, Swift, other fleets and the general public.

Central Freight and Swift, however, will demand the highest volume of fuel, by far: approximately 5 million DGE of CNG annually, representing the fueling needs of nearly 200 Class 8 trucks.

ANGI Energy Systems Inc. was the major CNG equipment provider for this project. In addition to the five fast-fill dispensers and all the time-fill posts, ANGI provided three of its NG300E compressor packages.

Questar Fueling owns and will operate the new facility.