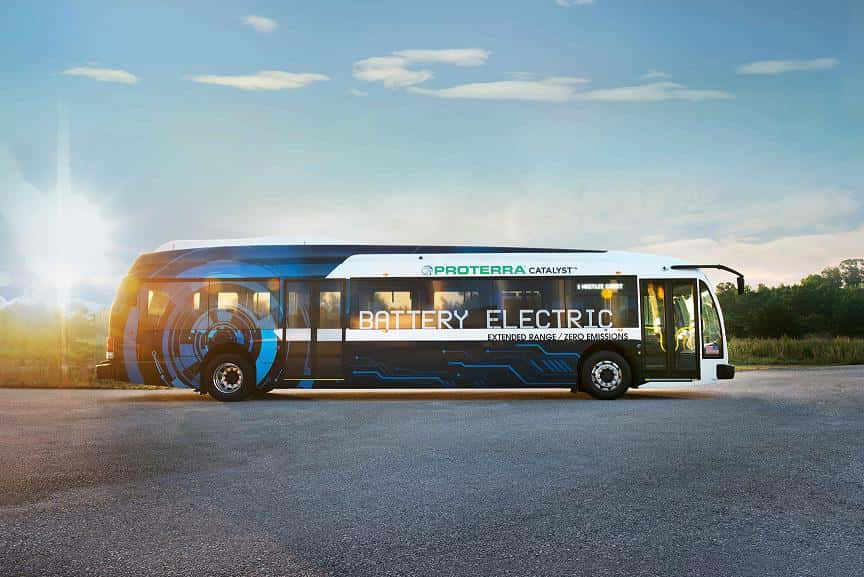 Proterra says it has saved transit agencies across North America over 420,000 gallons in fuel and prevented more than 7.6 million pounds of CO2 emissions.

In 2014, Clemson Area Transit (CATBUS), in Seneca, S.C. became the first transit system in North America to completely electrify its entire fleet following the deployment of Proterra battery-electric buses. “We’re proud of the precedent we set early on and are pleased to see our transit agency peers begin to adopt transit solutions like Proterra’s that address the economic and environmental hurdles we’re facing as a nation,” says Al Babinicz, executive director of CATBUS.

Proterra says it will nearly double its production capacity this year, as an increasing number of transit agencies see zero-emission buses as a credible and proven alternative to diesel, CNG and hybrid buses. Proterra says that its Catalyst electric bus dramatically reduces maintenance and operating costs and is more cost-effective over the 12-year life of each vehicle, saving customers around $450,000 over the vehicle’s lifetime.

Proterra also claims the Catalyst is also the most efficient 40-foot transit vehicle, with the longest range per kWh of energy storage and the lowest fuel cost per mile, at 22 MPGe and 1.7 kWh/mile.

It sure would be nice to see the rest of CATBUS move to battery-electric buses. Currently, only our Seneca lines are electric, and they make up a small part of our total network.

Our Clemson lines (which make up the majority of our traffic) are all still diesel powered buses. We have had several test buses on our Clemson lines from various electric bus manufacturers, but nothing has come from those tests.