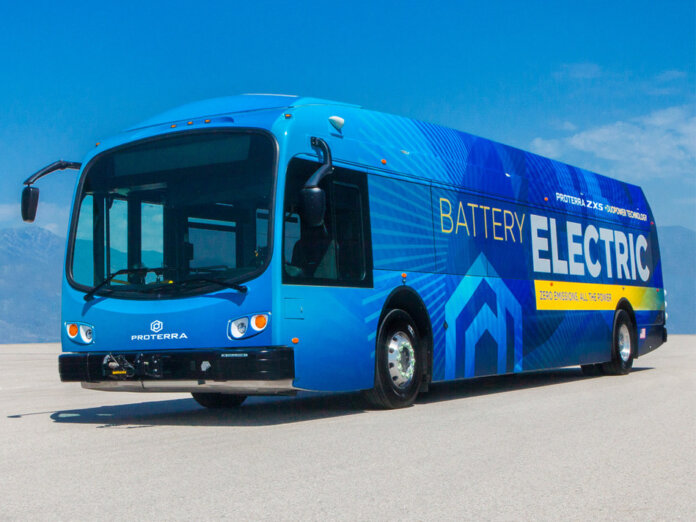 The ZX5 bus, Proterra’s fifth generation battery-electric transit vehicle, features a new vehicle design and maximizes the amount of energy that can be stored onboard the vehicle to increase power and range.

“A decade ago, Proterra delivered its first battery-electric transit bus,” says Jack Allen, chairman and CEO of Proterra. “As more cities and states make the commitment to 100% zero-emission fleets, Proterra is introducing new vehicle and battery technology to meet the needs of our customers. We are excited to unveil our fifth-generation electric transit vehicle, the Proterra ZX5, which is designed to tackle the toughest routes and terrains across North America.”

As communities move to electrifying their entire transit fleets, Proterra’s new ZX5 battery-electric transit bus is designed for full-fleet electrification, manufactured for scale and built from the ground-up with a refined composite bus body design and an emphasis on safety, durability and performance.