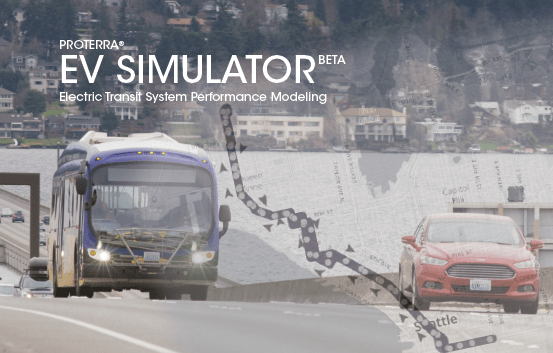 Proterra, a designer and manufacturer of zero-emission, battery-electric buses in North America, has announced a new battery design for the Proterra Catalyst XR transit vehicle and added the Proterra EV Simulator to its suite of products and services.

The company says that the battery-enhanced vehicle, within the same energy storage footprint as the original Catalyst XR, now holds 28% more energy at 330 kWh and features a best-in-market lightweight vehicle body. Proterra adds that all current Catalyst XR customers will receive a complimentary upgrade to the higher energy level.

“By increasing the battery’s energy density, the team was able to utilize the Catalyst vehicle’s purpose-built design and maintain its lightweight,” says Gary Horvat, chief technology officer at Proterra. “The improved Catalyst XR marks another step toward Proterra’s goal of providing a high-performance bus that can serve any transit route in the United States.”

Proterra says the bus has already achieved the best efficiency rating ever for a 40-foot transit bus at 22 MPGe. The company further asserts that the Catalyst is nearly six times more efficient than a diesel or compressed natural gas (CNG) bus and is also significantly more energy efficient per mile than the closest competitors’ electric bus.

Other performance benefits of the Catalyst XR2 include the following:

The Proterra EV Simulator incorporates a wide variety of variables affecting vehicle performance, including local temperatures, passenger load and vehicle efficiency, in addition to route specifications. The offering also takes into account energy use of the Proterra electric powertrain and provides an estimated daily route analysis.

Some of the key calculations include the following:

“As communities increasingly seek out EV public transit as an alternative to diesel, the Proterra EV Simulator removes all the guesswork from the procurement process, demonstrating the specific route-by-route benefits of fleet electrification,” says Ryan Popple, CEO of Proterra.