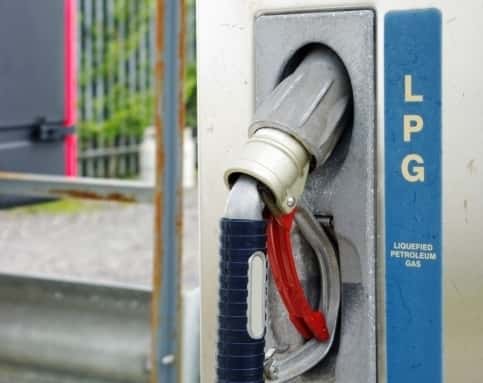 The Mississippi Propane Gas Association (MPGA) recently commissioned a study conducted by the Stennis Institute at Mississippi State University that found propane autogas offers ‘numerous benefits’ as a fleet fuel versus gasoline and diesel. The study also looked at the challenges fleet managers might encounter when considering autogas.

The researchers approached their work with an awareness of how propane has fit into the larger alt-fuel vehicle sector in recent years. ‘Over the last decade, the number of propane vehicles in use has incrementally declined, creating the impetus for inquiry into the reasons propane has declined in use, potentially, and whether propane should be considered as an alternative fuel for fleet vehicles,’ the report states.

The examination sought to investigate the viability of the fuel itself relative to gasoline and diesel, the state of refueling infrastructure, the availability of propane vehicles in the market, and other considerations. Among the key benefits that the researchers uncovered was autogas' fuel-cost advantage over petroleum-based fuels – although, like gasoline, diesel and natural gas, the price of propane varies widely region to region and state to state. Propane can also be purchased under long-term contracts that provide fleet owners with both bulk-pricing discounts and price stability.

Another important benefit is the greater availability of propane refueling infrastructure relative to other alternatives fuels. Using Mississippi as an example, the researchers noted that there are currently 124 public and two private propane stations in the state, according to the U.S. Department of Energy. (The MPGA counts more than 240 – a discrepancy that is likely attributable to the fact that alternative fuel stations self-report their operations to the DOE on a voluntary basis.)

The study also found that even if public propane refueling infrastructure is not available, stations can be built ‘with a minimal cost, when compared to other fuels.’ A 2010 report from the DOE, for instance, found that a typical propane refueling station could be developed for $37,000 (500-gallon tank and a single dispenser) to $60,000 (2,000-gallon tank and a single dispenser).

‘Much of this infrastructure cost can be amortized within the fuel price itself through lease agreements with propane suppliers,’ the report says. ‘This possibility places the infrastructure considerations for propane in a class of its own, at least in the majority of the alternative vehicle fuels market.’

Among the areas where autogas is potentially soft as an alternative to gasoline and diesel is the relative lack of vehicle availability. ‘Many of the previously existing propane vehicles from the 1990s have been retired, reducing the number of available vehicles running propane,’ according to the Stennis Institute.

The study also identifies issues such as vehicle conversion costs, propane-fuel price volatility and access to autogas refueling vs. gasoline and diesel as areas that fleet managers will need to weight against the benefits of propane.

The Stennis Institute ultimately concludes that propane autogas ‘should be considered when planning a conversion of a vehicle, or vehicle fleet, to alternative fuel vehicles.’

‘Propane, while not necessarily intended for large refuse trucks or heavy-duty applications as the primary source of fuel, is perfectly suited for light- and medium-duty vehicle fleet applications,’ the report states.