Home Up Front Propane and Natural Gas Vehicles Could Get a Nice Boost from New... 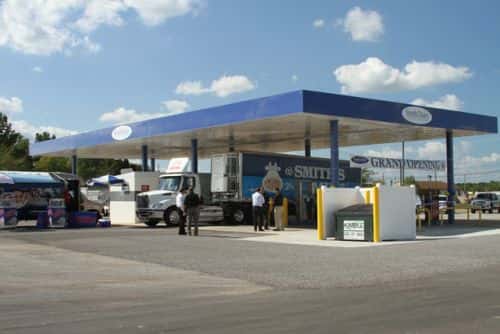 State representatives Sean J. O'Brien and Dave Hall introduced legislation into the Ohio House of Representatives this week that is aimed at goosing the state's alternative fuel vehicle sector.

Should the bill be enacted, the specific eligibility requirements would need to be specified. But the bill does note that the cap on these grants would be $500,000 per ‘eligible entity.’ And O'Brien's office tells NGT News that the grant program overall would be capped at $16 million annually.

For private business fleets and individuals, the bill would enact tax credits for alternative fuel vehicle purchases or conversions. Like the public fleet grant program, these tax incentive would cover CNG, LNG or propane vehicles – both dedicated and bi-fuel models.

The bill specifies that the grant and tax-credit programs be phased out after a five-year period. This measure, says Clean Fuels Ohio Executive Director Sam Spofforth, was particularly helpful in attaining the immense co-sponsorship for the O'Brien/Hall bill – some 61 fellow House members, along bipartisan lines, O'Brien's office confirms.

‘That sends a very important message,’ Spofforth tells NGT, noting that the Ohio legislature will likely find a bill that does not carry potentially permanent government subsidies more palatable. But at the same time, the legislation would provide fleets with a near-term lift over a historically steep barrier to entry: the often high up-front cost of alt-fuel vehicle deployments.

To also help spur the natural gas vehicle sector, the bill outlines a phased-in approach to taxing CNG as a motor vehicle fuel. One gasoline-gallon equivalent of CNG would be taxed at pennies per GGE during the law's first year, and that figure would increase gradually over a five-year period to match the taxes on gasoline and diesel.

Spofforth is bullish about the bill's incentive programs, but he notes that additional measures would be welcome. For instance, there are safety-related codes that help govern details such as NGV maintenance facilities and CNG cylinders, but getting areas like these covered statutorily would bring more standardization to the industry. Also, there are matters such as regulations covering the weight of LNG-fueled vehicles, for example, that need attention.

Of course, the bill is in its early stages, and there will be hearings and testimony, and various iterations of the legislation. But overall, it seems that Ohio is taking steps to fortify its position in the alt-fuels sector.

‘There's a lot of growth right now, and the transportation world is changing before our very eyes,’ Spofforth says. ‘We're very encouraged.’

To see a scanned copy of the bill, send an email to bates@ngtnews.com.