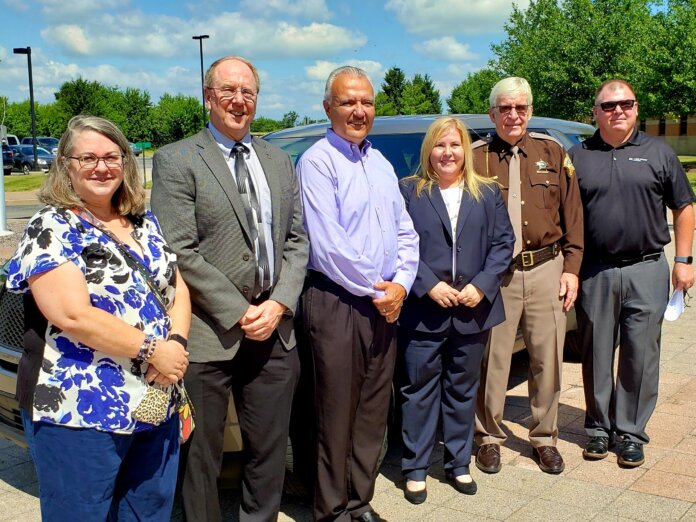 “The PCSO has always taken pride in being proactive and progressive regarding public safety and the use of technology,” says Sheriff David Reynolds.

“Going with the new hybrid Police Interceptor SUVs makes the PCSO one of the first law enforcement agencies in the state of Indiana to adopt the technology and as sheriff, I am very proud of that,” he adds.

Law enforcement vehicles often idle during an officer’s shift. The hybrid squads, purchased from Lake Shore Motors in Burns Harbor, allow the on-board electrical equipment to be powered using the lithium-ion hybrid battery, shutting off the gasoline engine which then runs only intermittently to charge the battery.

The PCSO will fuel the vehicles with E15 from Valparaiso-based Family Express to further reduce emissions from the gasoline engines. E15 is a renewable, domestic fuel containing 15% ethanol, which is produced in Indiana.

The new vehicles will save taxpayers annually in fuel costs by using 38% less fuel and saving 44,622 gallons of gasoline per year over traditional gasoline vehicles. South Shore Clean Cities wrote the successful grant application and serves as project manager for the alternative fuel vehicle program.

The implementation of the new hybrid vehicles was assisted in part by the Rural Energy Innovation Grant program, which supports the reduction of energy consumption and its cost to businesses and taxpayers. The program funds support the increased use of alternative energy and transportation technologies and comprehensive energy planning while bolstering preparedness and resiliency in energy systems to strengthen and ensure rural growth for the future.