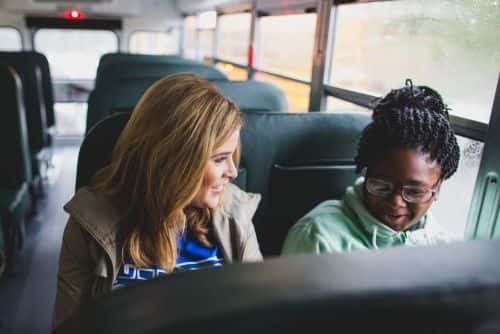 More than 500,000 students across 45 states will ride a school bus powered by propane autogas this back-to-school season, according to the Propane Education & Research Council (PERC). The organization says the growing trend has prompted PERC to start a campaign to teach communities about the benefits of propane-powered transportation. Furthermore, as part of the campaign, PERC is partnering with journalist and former teacher Jenna Bush Hager and the nonprofit Adopt a Classroom to donate more than $30,000 to teachers at schools adopting propane buses.

‘Diesel has long been the standard in school transportation, but for districts that want to reduce harmful emissions, save money and create a safer, healthier ride, propane is an excellent alternative,’ says Roy Willis, PERC's president and CEO.

Donations began Wednesday with an event at Lilla G. Frederick Pilot Middle School in Boston. Hager surprised teachers at the school and announced that they would receive a total of $10,000 from PERC to purchase supplies for their classroom. Boston Public Schools is the first district in the city to switch from diesel to propane buses.

“It's clear when you talk to school administrators and transportation departments that they are saving more than just dollars and cents by going with propane buses,” says Hager. “The switch is improving their school as a whole and giving them the opportunity to invest in more teachers or school programs.”