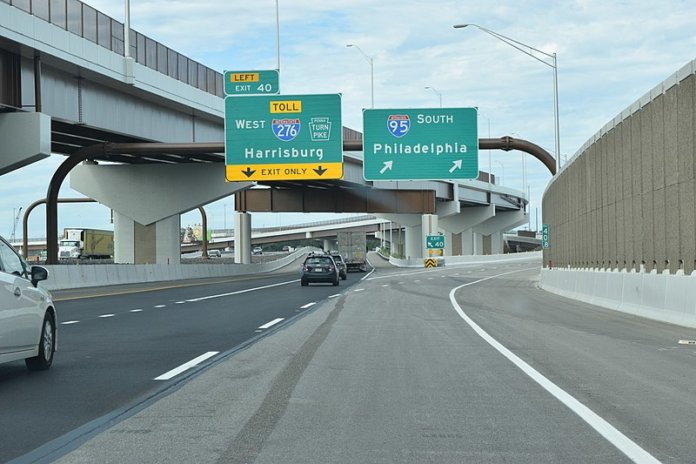 Pennsylvania’s H.B.1392 proposes to fix a poorly designed state tax on “alternative” transportation fuels by imposing fees on electric vehicles (EVs) while leaving other types of alternative fuel vehicles subject to the flawed tax. As originally introduced, H.B.1392 prescribed a $150 annual fee on non-commercial EVs. In September, the House amended H.B.1392 to raise the fee to $250. (The House also added a $75 fee on hybrid EVs that use electric batteries as their “primary source of power”). At either amount, H.B.1392 is bad policy. This blog explains why and discusses a better approach to transportation funding.

Under the Pennsylvania Liquid Fuels and Fuels Tax Act (LFFTA), gasoline and diesel fuels are taxed at cents-per-gallon amounts based on the fuels’ average wholesale prices, which are determined annually by the state Department of Revenue. The tax on gas is set by statute at 19.25% of the wholesale price of gas and the tax on diesel at 24.75% of the wholesale price of diesel. When the average wholesale price of either fuel is less than $2.99 per gallon, the department uses $2.99 to calculate the tax. Currently, Pennsylvania’s gas and diesel taxes are based on this “price floor,” and so they are set at 57.6 cents per gallon for gas and 74.1 cents for diesel. This makes Pennsylvania’s liquid fuel taxes the second-highest in the U.S. The revenue collected is used to fund highway maintenance and construction, including county road maintenance, highway capital projects, bridge capital projects, and municipal roads.

Alternative transportation fuels, including electricity, are subject to an Alternative Fuel Tax intended to tax these fuels at the same rate as gasoline and diesel on a “gallon equivalent basis.” Other alternative fuels include compressed natural gas (CNG), liquefied natural gas, liquid propane gas and liquefied petroleum gas, alcohols, certain gasoline-alcohol mixtures, hydrogen, and hythane. Unlike any of these other fuels, electricity is also subject to a gross receipts tax of 6.27%. The LFFTA requires that the Alternative Fuel Tax “be reported and paid to the department by each alternative fuel dealer-user rather than by distributors under this chapter similar to the manner in which distributors are required to report and pay the tax on liquid fuels and fuels.” Revenue from the Alternative Fuel Tax, too, is used to fund transportation infrastructure.

The co-sponsor memorandum for H.B.1392 says that the Alternative Fuel Tax is “confusing and difficult to administer,” and that most EV owners don’t remit the taxes they owe “because the process for remitting … is cumbersome, or they are unaware that they have to.” There’s no question that the Alternative Fuel Tax is confusing, and NRDC’s understanding is that, in fact, some EV owners (and owners of other alternative fuel vehicles) do not remit all the taxes they should. This is definitely a problem, and the General Assembly should fix it to ensure that the drivers of all vehicles pay their fair share toward Pennsylvania’s transportation infrastructure. The question, though, is what is fair.

Is it fair to impose fees on EVs while leaving all other alternative fuel vehicles subject to the Alternative Fuel Tax (and presumably also under-remitting to the Department of Revenue)?

Is it fair to impose these fees on top of the gross receipts taxes that EV drivers pay, and that drivers of other alternative fuel vehicles don’t?

Is it fair to give a free pass to the thousands of CNG and propane vehicles registered in Pennsylvania? (As this letter from NRDC and 26 other organizations explains, many of these vehicles are heavy-duty trucks that do much more damage to the commonwealth’s roads than light-duty EVs do).

Is it fair to suggest that EV drivers should pay taxes comparable to what the owner of the “average gas-powered car” pays in gas taxes, given that this average includes lots of gas-guzzlers that pollute Pennsylvania’s air much more than EVs do?

And does it make sense to disincentivize EV adoption – as H.B.1392 would, by reducing the cost-savings of owning an EV – at a time when transportation is the largest source of greenhouse-gas pollution in the U.S. and we need to electrify transportation as much as we can (while generating much more electricity from renewables) to fight climate change?

The answer to these questions is no. And there are better ways to tax EVs and pay for transportation infrastructure.

How Pennsylvania taxes transportation fuels is important because, as noted above, the state relies significantly on those taxes to fund transportation infrastructure, and the way that funding is structured is even more broken than the Alternative Fuel Tax. In inflation-adjusted dollars, revenue from the federal gas tax (which also supports infrastructure) is one-seventh of what it was in 1950 because Congress hasn’t raised the tax in 25 years. And since 2007, Pennsylvania has been plugging holes in its transportation infrastructure and mass transit budgets with transfers of $450 million per year from the Turnpike Commission. (To make these transfers, which are scheduled to scale down to $50 million in 2022, the commission has raised tolls to exorbitant levels).

High EV fees won’t fix Pennsylvania’s transportation funding woes, even if they’re set at $1,000 per year. There just aren’t enough EVs on the road – and high fees would keep it that way. We need a comprehensive solution that fairly addresses the question of how to fund transportation infrastructure while decarbonizing our transportation sector.

My colleague Max Baumhefner proposed one such solution in a blog titled, “A Simple Way to Fix the Gas Tax Forever.” Essentially, retain the gas tax but index it to inflation and total fuel consumption, while taxing EVs through annual fees that are based on (a) the miles-per-gallon-equivalent rating of the vehicle in question, (b) the current gasoline tax rate, and (c) the typical number of miles a car drives annually, and also indexing those fees to inflation and consumption. This approach evens the playing field to ensure that all vehicles on the road are fairly taxed, while also providing a sustainable source of revenue for road and bridge infrastructure.

For example, the Nissan LEAF has a rating of 108 mpg-equivalent. Multiplying by an annual mileage of 11,000 would result in a LEAF driver’s paying the same as would be paid on 109 gallons of gas (11,000 miles/[108 miles/gallon] = 109 gallons). Multiplying by the state gas tax of 58.7 cents per gallon yields an annual tax of $59.79, an amount that would naturally increase over time with inflation and total consumption.

Some state representatives have proposed to amend H.B.1392 again to bring the EV fee back down to $150. That would be better than a $250 fee, but it’s still not good. If legislators and Gov. Tom Wolf are serious about cleaning up Pennsylvania’s transportation sector and raising enough money to maintain its roads and bridges, they should put H.B.1392 aside – and in its place start a process to put all the relevant facts on the table and generate a fair and comprehensive solution.