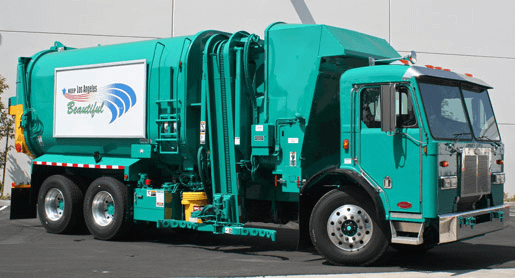 Coming off a recent announcement to provide an all-electric refuse vehicle (ERV) to the City of Sacramento, Motiv Power Systems has announced it is deploying two zero-emission refuse trucks to the City of Los Angeles.

As a continuation of a demonstration project funded by the California Energy Commission, these Class-8 ERVs will use Motiv’s all-electric powertrain to drive a Crane Carrier chassis, with an automated side-loader body built by Amrep Inc. The trucks will be built by Amrep Inc. in Los Angeles and are projected to be delivered in the first quarter of 2018.

According to Motiv, the City of Los Angeles Sanitation plans to run the ERVs on residential and recycling routes and expects to save as much as 6,000 gallons of fuel per year. Upon delivery, the Los Angeles ERVs will bring the all-electric refuse trucks powered by Motiv to a total of three in California and four within North America, the company notes.

“Fossil-fueled garbage trucks emit about 20 times the carbon of the average U.S. home. They achieve just two to three miles per gallon and stick to standard routes, making them ideal electrification targets for LA’s sustainability program,” says Motiv CEO Jim Castelaz. “We’re proud that our all-electric refuse trucks will help the city achieve its cleaner air goals, as well as save on operational and maintenance costs.”

According to Motiv, the Los Angeles trucks will have a payload capacity of nine tons and 1,000 pounds per cubic yard of compaction. All Motiv ERVs are equipped with 10 battery packs, expandable to 12 packs if needed for future route expansion. With up to 212 kWh of power, the Motiv-powered ERVs supply enough electricity to efficiently move the truck and power the electric hydraulics throughout the day. Using the Motiv universal high-power charger, the ERV batteries will reach full charge overnight, the company adds.