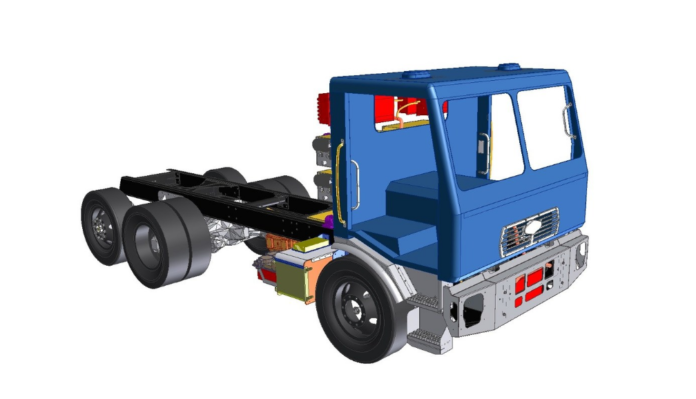 Motiv Power Systems has announced it will deploy an all-electric automated left-side loader garbage truck in the City of Sacramento.

As reported, the electric refuse vehicle (ERV) is powered by Motiv Power Systems’ scalable and modular all-electric powertrain and will be built on a Crane Carrier chassis with a Loadmaster-built body.

Sacramento aims to run the ERV on residential and recycling routes and expects to save as much as 6,000 gallons of fuel per year. The Sacramento ERV will be one of the first all-electric refuse trucks in operation within North America, according to Motiv.

“Reducing harmful vehicle emissions in the Sacramento region is a primary focus of our sustainability policy, and the most effective way to achieve that goal is to implement electric vehicles into our fleet,” says Mark Stevens, fleet manager for the city. “The City of Sacramento intends to prove that all-electric refuse trucks are the future of the industry, and we anticipate igniting that trend.”

Sacramento specified that this ERV must meet the demanding requirements placed on all of its garbage trucks, including three routes per day to remove trash, recycling and green waste in a downtown Sacramento neighborhood.

To supply enough electricity to move the truck and power the hydraulics all day, the ERV is equipped with 10 battery packs, expandable to 12 packs if needed for future route expansion. Using the Motiv Universal high-power charger, the ERV batteries will easily reach full charge overnight.

“The value of the City of Sacramento’s zero-emission ERV goes beyond lower fuel and maintenance cost and strict payback,” comments Motiv CEO Jim Castelaz. “Reducing the amount of diesel-fueled refuse trucks in the city keeps communities safer from toxic diesel emissions. And, in addition to being cleaner, it’s a quieter alternative to conventional trucks – a definite plus for those of us who appreciate peaceful mornings.”

Al Michaud, national sales manager of Loadmaster, adds, “Electric refuse trucks are the future of urban transportation, proving their worth both economically and environmentally. We look forward to moving even more fleets to make the same green transition.”