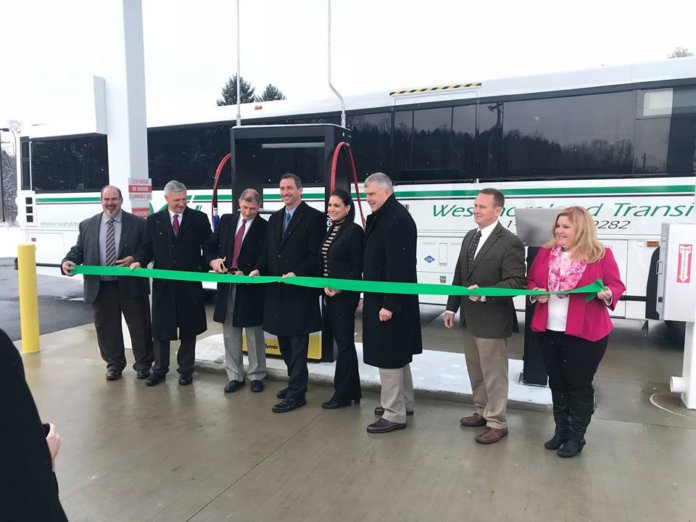 Pennsylvania’s Wolf administration has announced the start of service at another of the 29 compressed natural gas (CNG) fueling stations already built or planned as part of a statewide Public-Private Partnership (P3) project.

“This P3 CNG program continues to move forward and will make use of a Pennsylvania-generated fuel resource,” comments Gov. Tom Wolf, D-Pa., in a press release. “The benefits include more efficiency, cleaner-burning fuels and lower fuel costs for our transit agencies.”

Through the $84.5 million statewide P3 project, Trillium is designing, building, financing and will operate and maintain CNG fueling stations at 29 public transit agency sites through a 20-year P3 agreement. Other stations will be constructed over the next few years, and Trillium is also making CNG-related upgrades to existing transit maintenance facilities.

As part of the conversion in Westmoreland County, the local transit authority will convert 25 diesel buses and 16 paratransit buses to CNG. The authority estimates saving more than $400,000 annually based on current diesel costs and its diesel and gasoline usage of roughly 415,000 gallons per year. 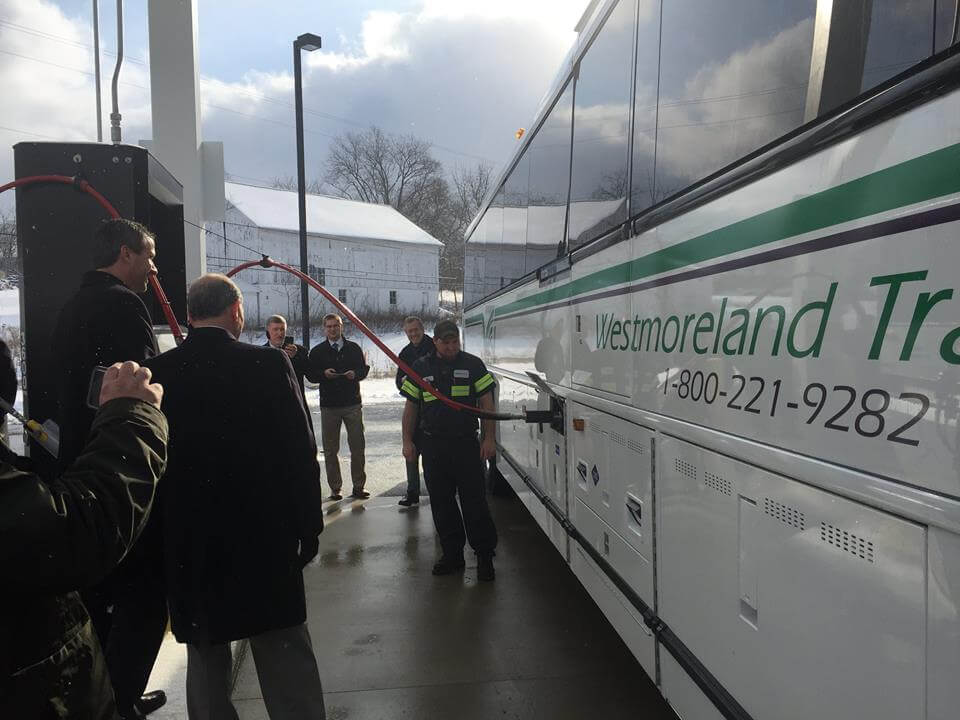 When the statewide P3 project is completed, the fueling stations are expected to supply natural gas to more than 1,600 CNG buses at transit agencies across Pennsylvania. The P3 project will include CNG fueling accessible to the public at six transit agency sites, with the option to add to sites in the future. PennDOT will receive a 15% royalty, excluding taxes, for each gallon of fuel sold to the public at public sites, which will be used to support the cost of the project.

To learn more about this and other P3 projects, visit P3forPA.pa.gov.