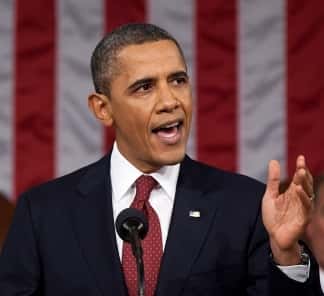 Let me pause on that last part…natural gas vehicles. The president made the often-heard reference to natural gas as the ‘bridge fuel’ for American energy independence and economic growth, and he noted that ‘Congress can help by putting people to work building fueling stations that shift more cars and trucks from foreign oil to American natural gas.’

According to Nielsen, about 33.3 million viewers watched the State of the Union. Millions more streamed the address online and absorbed media coverage of the speech.

How many of those millions of Americans do you think even knew that natural gas could be used in their cars and trucks?

And there are fueling stations for that? Where???

We need to step back from who we are – stakeholders in the clean-transportation space who live and breathe this stuff every day – to appreciate the significance of what the president said. Fleets have been steadily deploying NGVs, and dozens of companies are engaged in the buildout of natural gas refueling infrastructure. We know that. But by and large, the American public doesn't.

So, for the president of the United States to even mention NGVs during his one key public address of the year – about 16 minutes into an hour-plus speech – is a leap toward putting natural gas and transportation into the American consciousness.

That's not a trivial matter. Those living in Oklahoma, California, Utah, Pennsylvania or one of the handful of other states where natural gas refueling sites are relatively common have at least some exposure to NGVs. But there are huge pockets of the country where NGVs haven't made a dent. Montana, the Dakotas, Nevada, the Pacific Northwest – all virtually untouched. And even major population centers, such as Illinois, Florida and Virginia, are practically bereft of fueling stations and NGVs. It's no surprise that most Americans are in the dark.

Of course, a lot of work is being done to change that, starting with fleets and the entire NGV supply chain that is supporting them. In terms of what Obama and Congress can do to help? That's a complicated story – and one that obviously couldn't unfold during the State of the Union.

But there was one encouraging sign. After Obama mentioned building natural gas fueling stations and rolling out natural-gas-powered cars and trucks, a nice round of loud applause filled the Capitol. Joining in that applause was U.S. House Speaker John Boehner: a small indication that the Republican leadership across the aisle from Obama and House Democrats is supportive of NGVs.