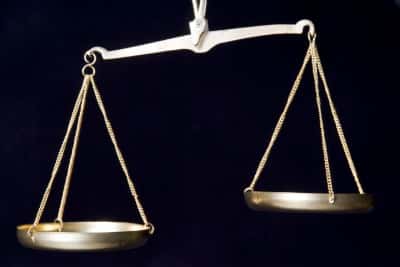 President Barack Obama has signed into law a comprehensive highway funding bill, H.R.3236, whose many provisions include a measure meant to ensure that liquefied natural gas (LNG) and propane autogas are taxed fairly relative to diesel and gasoline, respectively. The law is especially considered a major victory for the natural gas vehicle industry, which has long pushed for a so-called ‘LNG fix.’

The alt-fuel measure was originally included in a highway bill that passed the U.S. House of Representatives on July 15. However, following disputes between the House and U.S. Senate over several issues, the House passed H.R.3236 on Wednesday in order to provide a three-month extension of federal dollars for the national highway program – just days before a funding deadline. The Senate, which had sought longer-term highway legislation, passed its own six-year plan on Thursday but also approved H.R.3236 as a short-term fix. H.R.3236 extends highway and transportation funding through Oct. 29, setting the stage for lawmakers to renew their debate after returning from summer recess.

According to several reports, President Obama signed the legislation into law Friday, but he also admonished the legislators for not reaching a compromise and for passing yet another stopgap highway bill.

Regardless, NGVAmerica says the passage of H.R.3236 will permanently solidify the law's alternative fuel measure, which will modify the federal highway excise taxes on LNG and autogas to be based on the fuels' energy content, rather than on their volume.

In a press release, NGVAmerica states the measure “corrects a longstanding inequity in the way liquefied natural gas is taxed and will further expand the use of clean-burning domestic natural gas as a transportation fuel.” The group says LNG is currently taxed at a rate 70% higher than that of diesel.

“Passage of this legislation is great news for trucking fleets who are looking to clean-burning LNG to power their transportation needs,” comments NGVAmerica President Matthew Godlewski, in the release. “This common-sense change will mean even greater savings on their fuel costs, and it provides a powerful new economic incentive for those fleets considering the switch to this already low-priced, domestic fuel.”
Â
According to the group, the fix cuts the LNG excise tax from about 41.3 cents per DGE to 24.3 cents per DGE.

“To illustrate the significance of the change, consider that a natural gas truck traveling 100,000 miles per year at five miles per DGE consumes 20,000 DGE per year,” NGVAmerica explains. “Prior to the passage of the new law, the LNG truck would have a highway fuel tax bill of $8,262. With this change, the LNG truck will now pay $4,860 a year in highway fuel taxes, a savings of $3,402 per year.”

In a press release, Bill Graves, president and CEO of American Trucking Associations, says, ‘By equalizing the tax rates between LNG and traditional fuels, Congress has eliminated an unfair disadvantage in the taxation of LNG that has impeded wider use of natural gas vehicles.”

“The use of LNG as a transportation fuel continues to grow in heavy-duty trucks, locomotives and large ships because it burns cleaner and the price is reliably lower due to the fact that it originates from North America,” says Andrew J. Littlefair, the company's president and CEO. “Anyone who cares about a cleaner environment and energy independence should be very grateful for what the U.S. Congress did this week by making LNG that much more competitive as a transportation fuel of choice.”

On the autogas side, Rick Roldan, president and CEO of the National Propane Gas Association (NPGA), has also welcomed the passage of the tax provision.

‘NPGA is very pleased that Congress acted decisively on this issue, making it easier for every American to choose a clean, abundant and domestic alternative fuel,” Roldan tells NGT News. “Propane is the world's third most common engine fuel, and the United States is producing more of it than ever before. Parity in the fuel tax system will help put more alternative fuel vehicles on the road, which is a good thing for America.’

“As we continue to develop alternative fuels, it's critical that the federal government stays away from picking winners and losers and encourages consumers to use the products that best suit their needs,” says Sen. Burr, in a press release. “America is fortunate that our energy markets have diversified in the last few years, and in order to foster more innovation, this legislation is sorely needed so that we're not unfairly punishing consumers with higher taxes for choosing cleaner fuels.”